Written by Tom Deehan on Feb 5, 2018. Posted in Interviews

Having worked in New Mexico for a number of years, Location Manager Todd Christensen has built up an impressive resume of projects such as Sicario, Only the Brave and the Coen Brothers’ upcoming Netflix series, The Ballad of Buster Scruggs. His latest project, 12 Strong, sees the southwestern state doubling as Afghanistan. We spoke to Todd to know how he achieved this effect and which locations offered the best opportunities for doubling. 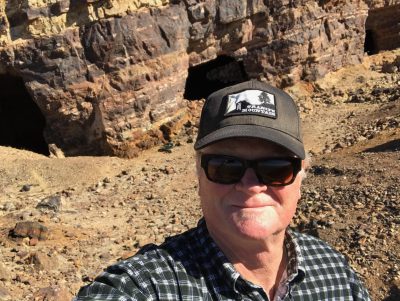 What locations were used for the production and why were they chosen?

Black Label Media asked me where I would look for Afghanistan and I explained that New Mexico (from Albuquerque to southern NM) would be the best choice. I originally sent out Nora Montano to scout with the Director while I was on another movie and then Ken Haber to follow up on scouting southern New Mexico to determine where we would land.

We filmed in several areas to fulfill the story and the battles. We used a city gun range for the Uzbek landing zone and an area west of Albuquerque for sand dunes and the Northern Alliance post. In an open space outside of Los Lunas, we built a village and received permission to let SPFX create massive bombing areas. Albuquerque also played for the homes used by the combatants. We filmed interior military locations at CNM campus.

I found a private/non-profit area that was used to test explosives, which had incredible locations to film some of the battles at one end of the Tiangi Gap. We were given great access to create the explosions that this war story required. There were also some amazing caves in the mountains south of Alamogordo that played for the Afghan caves for the Northern Alliance. Laguna Pueblo village played for an Afghan village that the team marched through, as well as the road to Maser-Sharif. 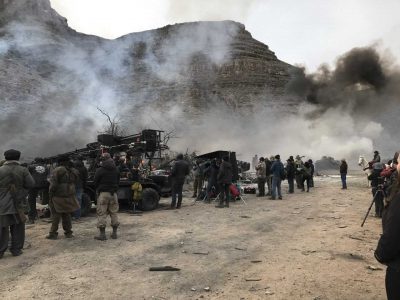 The final battle of the movie in the Tiangi Gap in Afghanistan had a particular look with a dry riverbed and road running through it. We found this in White Sands Missile Range (WSMR) - a military testing base. We found a canyon, Thurgood Cyn, that fit the bill.  Our art department worked on that area for six weeks – cutting out foliage and putting in Russian and American tanks as part of the battle scenes. We had approval from the Department of Defence but nonetheless there were lots of hoops to jump through to make it work – everyone had to have background checks for instance. There was a first and second unit filming over three weeks.

The Producer Garrett Grant and I met with the head of WSMR and General Eric L. Sanchez to make sure that we did not have to leave while tests occurred. After the meeting we went from low priority to high priority. WSMR is the biggest missile testing area in the Americas, if not the world, and when they perform tests the range and traffic is shut down – highways around the test area are closed for up to two hours while the test takes place.

We dodged many “missiles” in that no tests were done while we filmed there. WSMR is a huge area (120 miles by 60 miles) with a few entrances. We were monitored at all times and everyone had to be checked before entering and leaving. Given the DOD approval and the story we were telling – the military was more than accommodating. Everyone assigned to us to helped to clear areas and monitor our work and personnel were amazing and they also enjoyed the prep and filming experience. Doing a contract and filming at an area like this was extraordinary.

The hotels were one hour and 15 minutes from the location and we also had to house 60 horses and all of our explosives. Some locations were chosen for their look but the logistics were difficult. The caves were in an extreme location and although it was private, it was surrounded by land occupied by the Bureau of Land Management, which had ancient and historic sites throughout. We couldn’t be on that land and still bring in all our equipment, cast, crew and extras. Getting permission to do explosions and build a big village set on open land at Las Lunas was something I thought would be denied, instead they saw the value of hosting our filming and could not have been more accommodating.

How long did the shoot last for?

Were there any technical challenges to overcome during the production?

There were numerous technical challenges – including SPFX explosions, permissions to blow stuff up and getting tanks and horses in and out of locations. The look had to be very arid, something that New Mexico has but with a lot of junipers and other plants that do not exist in Afghanistan. There was a lot of plant removal and permissions to put black ash everywhere, showing that battles and bombing had taken place. At WSMR we had to employ many of their subcontractors to do some of the clearing and placement of tanks and equipment. 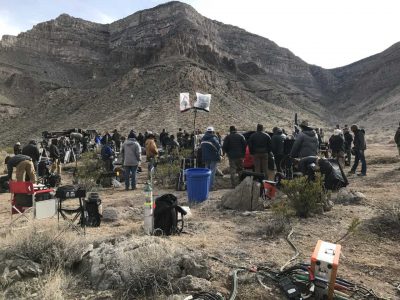 How well can New Mexico double for Afghanistan and other areas of the world?

I have doubled New Mexico for Texas, Mexico, Arizona, Phoenix, Colorado, Afghanistan, Iraq, military bases in Kentucky and North Carolina, Wyoming, Utah, California desert roads and a base in Uzbekistan. Afghanistan is considerably dry and arid with an alkali soil in many areas so finding that is tough but by removing brush and junipers, you can depict the feel of Afghanistan.

Todd, thank you for your time.

The pleasure is all mine.