Written by The Location Guide on Feb 20, 2018. Posted in On Location / Production News

In the latest commercial for Carvana, an online-only used car dealer, The Roots Productions had to construct life-sized obstacle courses and film them on location in Santiago, Chile. Bob Industries from Los Angeles recruited The Roots as the service production company for the commercial. 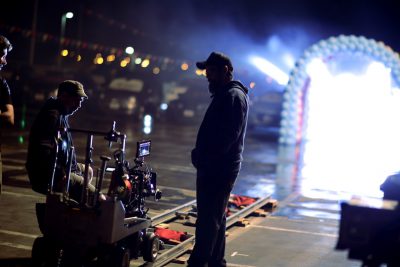 A spokesperson from Carvana’s creative team states: "it's always a big step to convince your clients to film out of the country. However, deciding to shoot the biggest campaign in the history of the Carvana brand in Santiago was the best decision we could've made. Bob Industries, in collaboration with The Roots, were incredible creative production partners. The amount of sets we had to build in a short amount of time on this Don't Play The Game campaign was overwhelming."

"The Chilean crews met all the challenges with great honour, speed, agility, innovation and resolve. Simply put, we would have never been able to pull this off in LA or New York for the time and money that we had to work with. Lead by our brilliant Director Brigg Bloomquist (BOB) and The Roots, we created an incredible metaphor world of what a dealership experience really is in America today. The look of the film and the production design is second to none, not to mention the people, the food, the art and the culture of Chile. We’re incredibly grateful to have filmed this in Santiago, Chile." 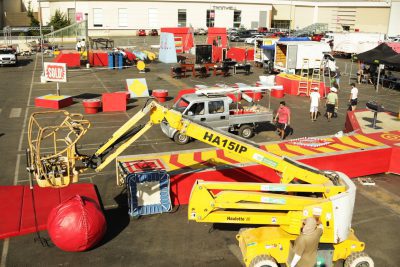 What started as drawings on paper, became four life-sized, never before built obstacles with elements accentuating a used car lot. All obstacles courses were housed at a large parking lot in the city. Each obstacle had to be operational and ready for actors (and their stunt doubles) to climb, run and jump on top of them. The heavy gun equipment was brought in alongside various cranes in order to light and shoot each obstacle course individually, with 360 views.

Director Brigg Bloomquist adds: “they built large, beautiful sets. They constructed a sprawling miniature model and they helped us pull off four complicated commercials in three short summer nights. I loved the city, loved the people and overall it was a wonderful experience.”

Brian Etting, Line Producer Bob Industries notes: “filming in Santiago was a phenomenal experience.  From the extremely talented local crew base, to the high level of artistry and execution of the art department, this was no small task to pull six ambitious sets off over three short nights (and working through the Christmas holidays) but they pulled it off in a very impressive fashion. I can’t wait to work with The Roots again on another production in Chile” 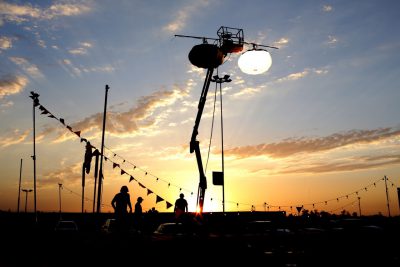 T.K Knowles, EP/Partner at Bob Industries comments: “shooting out of the country, especially with a company you haven’t worked with before is always a bit of a gamble. In the case of our recent Carvana production in which we paired with the Roots, we hit the jackpot! Ariel and his team were amazing to work with! In production you want to surround yourselves with people that bring added value to the job and make the project better overall, The Roots are definitely those people! Can’t wait to collaborate on another project soon!”

This was no light project, but we were lucky to be a part of a team of hilarious and hardworking people that brought this idea to life and to Santiago de Chile. Thank you Nati, Ernesto and the dedicated Chilean crew.