Written by Tom Deehan on Feb 13, 2018. Posted in On Location / Production News

The Shape of Water transformed Ontario into 1960s America

Guillermo del Toro’s Oscar nominated film, The Shape of Water, transformed the Canadian province of Ontario to fit its 1960s setting. Over 58 shoot days, more than 1,500 local talent were employed as the film made use of Ontario’s period architecture. 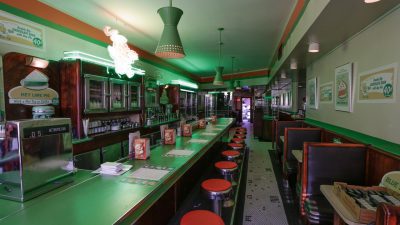 Detailing the film’s locations, Producer J. Miles Dale explains: “Massey Hall (exterior) and Elgin Theatre (interior) were used for their magnificent design and intricate detail. So was Lakeview Lunch as a period appropriate diner, the exterior of the University of Toronto’s Scarborough campus for its brutalist architecture, Hamilton Sand Piles for its visual uniqueness and Hamilton City Hall for its specific period correctness to the time frame of the film. Keating Channel was also used for its water access and view of the Gardiner Expressway”

Set in 1960s Baltimore, The Shape of Water depicts the unlikely bond between a mute custodian and an amphibian creature that is being held captive at a secret government facility. The film has received a total of 13 nominations from this year’s Academy Awards, more than any other film in the running. 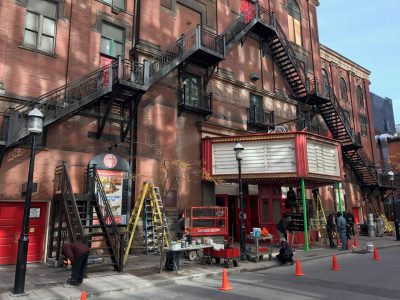 While Ontario enjoys a thriving production industry, the province’s competitive rates and local crew tend to attract projects set in the modern-day. As Film Commissioner Justin Cutler points out however, there are plenty of period locations available: “producers are drawn to Ontario’s chameleon-like ability to double as major US cities such as New York or Chicago, the American mid-west and many European countries. Part of Ontario's appeal is its diverse range of period architecture as well as landscapes. There are landmark buildings as well as complete districts and even towns that are defined by Gothic, Victorian, Edwardian, Brutalist or art deco period aesthetics as well as panoramic landscapes, sandpits and ports such as the ones featured in The Shape of Water, the Emmy award-winning The Handmaid’s Tale and American Gods."

He continues: “the sheer size of the province of Ontario, greater than one million square kilometers, and OMDC’s concierge location-scouting service offer producers a remarkably broad range of options. OMDC connects producers with a network of 90 regional film liaisons to ensure production flows smoothly throughout the entire province, making Ontario a one-stop destination for all on-location filming requirements.” 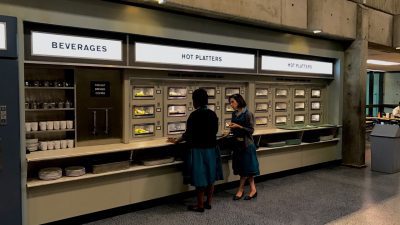 A 35% tax credit can be awarded to domestic productions that film within the province, increasing to 40% in the event of first-time producers. Foreign productions receive a smaller rate of 21.5% when shooting locally.

Ontario recently hosted filming for two Netflix productions: Alias Grace and the upcoming second season of Anne with an E.

The Shape of Water opens in UK cinemas nationwide from tomorrow.