Written by Murray Ashton on Feb 16, 2018. Posted in Interviews

TLG talks to Ing Lim, Film Commissioner for The Hague

Amsterdam has often been considered the production hub of the Netherlands but The Hague's recently appointed Film Commissioner, Ing Lim, is looking to offer international producers an alternative. We spoke to Ing to see how The Hague stacks up against Amsterdam and what the city can offer in its own right. 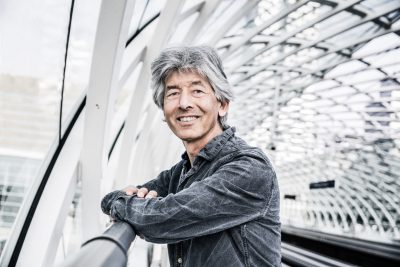 How did you become involved in the film business and what has been your career path to get you to your current role as the Hague Film Commissioner?

After my education at the academy of arts, I started my career in the film industry in the 'art department'. Gradually, organising the location became more interesting for me. The location and art departments often have a lot to do with each other, even though things were less organised in those days because the term ‘location manager’ came into frequent use.

Now, after roughly 25 years of scouting and location management, I decided to apply for the vacant Film Commissioner position in The Hague to help the film industry with my experience as a location manager.

I’ve held my current position for exactly one year. I started with setting up a website for the film commission (www.takethehague.nl). This website is the starting point for every filmmaker or location manager as they can surf through many photos of the city and apply for permits. With every unique film application that comes through, another routing is required at the municipal administration. At all strategic points I have contacts who view the application and give advice. This can therefore be a district manager, green management, public transport, beach management etc. This whole structure is still under construction and I am improving every aspect with each application but after a while I want to create a Film Office. The work described above is a full job for one person but I would like to start concentrating on making contacts, meeting producers and persuading them to film in The Hague. 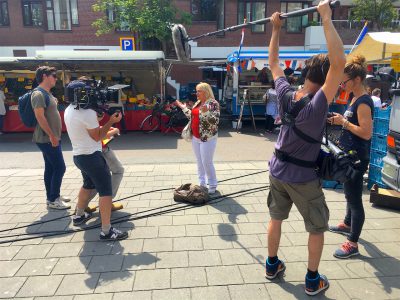 How do you assist local and foreign producers and production professionals who are considering The Hague as a location?

To start with, there aren't many foreign producers here. Even local producers first try to find locations in Amsterdam. The largest part of the Dutch film industry takes place around Amsterdam (which is only a 45 minute drive from The Hague). Because filming is less frequent here, I have time to pay attention to every production. I give the scout suggestions for locations, help the location manager with complex procedures. For example, if they want to film in a court (something that can't be arranged with one phone call) then a location manager needs help with that. I help the producer where it possible. This service is not offered by other cities such as Amsterdam and it is my goal to get more foreign producers to The Hague.

What can you tell us about The Hague as a filming destination?

The Hague, as a city of government, has many simulatenous functions. It is not an industrial city, it is an international city of peace and justice and also a tourist town by the sea with 11 km of coastline and beaches. 15 million tourists come to The Hague every year there is a lot of diplomatic traffic while more than 50,000 expats live in The Hague for the NGOs. At the same time, The Hague has many ethnic groups in the city population who all live and work here. The Hague has a rich sense of culture and you can study and enjoy nightlife here. For a lot of reasons, it's not an ordinary city. 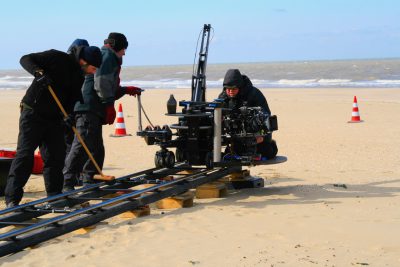 Curiously, the film industry has gradually settled around Amsterdam, even though The Hague has individual crew members, lighting designers, set designers and cameramen. Directors such as Paul Verhoeven (Elle) or Martin Koolhoven (Brimstone) are also from The Hague. For a normal shoot you can find crew and equipment in The Hague but usually the producer is from Amsterdam as the large production companies are located there. Other major towns such as Rotterdam, Utrecht or Eindhoven are dependent on the film industry of Amsterdam which isn’t too bad in itself as the Netherlands is not that big and a certain concentration of knowledge and equipment helps to improve quality.

The Hague, 30 minutes from Schiphol airport, does have its own airport together with Rotterdam (Rotterdam-The Hague Airport). Because of the many international congresses, there are plenty of hotels here (which tend to be vacant in the summer) with international standards. In short, The Hague film industry has a perfect base because of the international infrastructure in place.

Does The Hague offer producers any financial or non-financial incentives?

The Netherlands has an efficient and involved Film Commission. It is located at the office of the Netherlands Film Fund and they organise all international incentives and cash rebates. If a producer starts a production in the Netherlands, they will approach the Film Fund for financial reasons but as an addition, The Hague has a modest supplement on local costs. We also offer a free accommodation for producers during pre-production to help them get to know the city better and to see the advantages of filming in here. 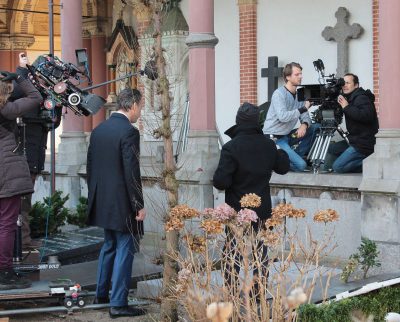 What locations are most commonly used by productions (local and foreign) coming to film in your region?

The Hague boasts a mix of architecture and an ease with which various time periods/locations can be reproduced. Producers often come for modern architecture, but classical buildings are available. The Hague still has streets that can play in historical films (as in Paul Verhoeven's Black Book). The beach, famous boulevard and government buildings are also popular locations. There are also locations that are unique in the Netherlands: the gentlemen society 'de Witte', Wassenaar castle, the underground German Atlantikwall bunkers and the Peace Palace, it's all here.

What are the more unusual locations you have to offer that our readers would not necessarily associate with The Haugue?

I have only been working here for a year and I have the impression that many locations have not yet been discovered by the filmmakers. Trying to get the word out there is a challenging job and the most unusual locations are often unknown. I already mentioned the bunkers from the Second World War but there is also a tram in The Hague which serves as a restaurant. We do have the largest market in Europe and the local port (Scheveningen) is a great location to see where the day's catch is brought in for auction, in view of the fashionable terraces where the young urban professionals drink their prosecco. 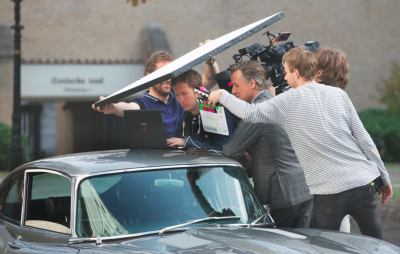 What foreign productions have filmed in The Hague in the past few years.

The Hague has a very short process for a license application. Most shoots are small for TV series or independent filmmakers. Larger shoots such as feature films are often arranged in one week. Very large shots take longer, just like in other cities, but in four weeks permission is usually given. There are no unions, low key shoots are 'free' (just pay for your parking signs & costs) and local professionals are ready to cooperate in anyway they can.

How many location shoot days and permits did The Hague record for 2017?

154 shoot days were recorded and 69 filming permits were provided.

What would you recommend crew and cast do to have fun and relax on down days or pre/post shoot in The Hague?

Stay in a hotel in the historic centre. You’ll find all the facilities that you could want within walking distance. Or choose your hotel in Scheveningen if you like to breathe in the sea air. 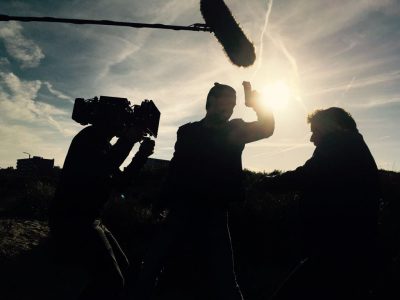 Do you have favourite 'crew friendly' establishments that you would be happy to share with our audience?

A few hotels I can recommend are the Ibis Hotel, Parkhotel, Holiday Inn Express, Easy Hotel and Mercure Hotel. In the summer you can rent so called  'tiny houses' on the beach (fully equipped) near Kijkduin.

What do you enjoy most about living in The Hague?

I have worked for many years in Amsterdam and its surrounding areas but I was fed up with the city’s large crowds. The sheer number of tourists and the many public events created a stressful working atmosphere. Adding to that, every location that could be filmed has already been filmed. The Hague offers me a wonderful opportunity to put this city on the filming map and the quiet attitude of the residents are a relief.