Written by Tom Deehan on Mar 16, 2018. Posted in On Location / Production News

The Australian state of Queensland has failed to secure a one-off deal with the national Government to subsidise the cost of hosting a live-action Dora the Explorer feature film. Prime Minister Malcolm Turnbull denied the request for a one-off increase of the country film incentive programme, despite offerings from Queensland officials to meet the financial support half-way. 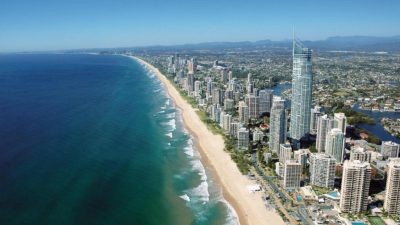 With the tax offset now being held firmly at the standard 16.5% rate, the producers for Dora the Explorer are likely to look elsewhere for a viable filming location. This news follows two similarly unsuccessful attempts to have Tomb Raider and a Fast and the Furious spin-off shoot in Australia, both of which had an estimated value of AUD300 million.

In a letter to the state Government, Federal Treasurer Scott Morrison wrote: “I note that last year (the Queensland government) committed to provide AUD20 million to attract more blockbuster films to Queensland. Your government is well placed to provide the necessary top-up grant from this funding to secure this investment in Queensland, without the need to call on the Commonwealth.”

James Bobin (Muppets Most Wanted) is currently slated to direct the adaptation which is being co-produced by Nickelodeon Movies, Paramount Pictures and Platinum Dunes. Michael Bay is also on board as Executive Producer.

Queensland has had some success however with brokering one-off financial deals in the past, which allowed the state to host production on the upcoming DC Comics feature, Aquaman.

In order to access Australia’s 16.5% tax incentive, foreign feature films must incur a minimum local spend of AUD15 million. The incentive is capped at any expenditure exceeding AUD50 million.

A far more lucrative incentive is available to domestic producers, offering a 40% and 20% tax rebate on feature films and television shows respectively.

UPDATE: After a last-minute deal to provide a one-off incentive from its own funding, the state Government of Queensland has managed to secure the production of Dora the Explorer.