Written by Tom Deehan on Mar 19, 2018. Posted in On Location / Production News

A total of five commercials have been shot in Santiago, Chile for Experian’s new identity theft protection campaign. Directed by Benjamin Quinn and shot over a four-day period, the new spots are produced by Superprime and serviced by Jacaranda Films. 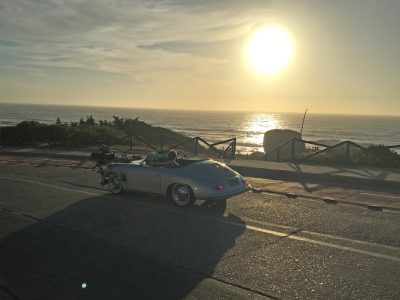 Detailing the shoot, Rémi Noiriel of Jacaranda Films says: “Terry was shot on multiple locations that had to give the impression of someone roaming around the world, enjoying a great life. The coastal road was shot in the area of Quintero by a beach called Playa de los Enamorados or 'Lover´s beach'. We were able to schedule our shoot there to avoid the traffic of tourists as people were already vacationing during the time of our shoot. This was the only location outside of Santiago for this spot."

“For the scene where our 'fake Terry' is riding his bike in Paris, we went to downtown Santiago to a crossing of streets called Paris and London. These streets belong to a small number of blocks that resemble the iconic European cities. This we had to shoot over the weekend as it is extremely busy during the week. For the café scene we went to Confitería Torres (another Santiago fixture) because it already has that old 1920s café vibe. This was not our first time shooting at the Confitería and it is always a pleasure to come back."

Due to its affordable rates on goods and services, Chile has become a favourite destination among commercial productions. The South American country offers several different location types ranging from modern cityscapes to vast and treacherous jungles. 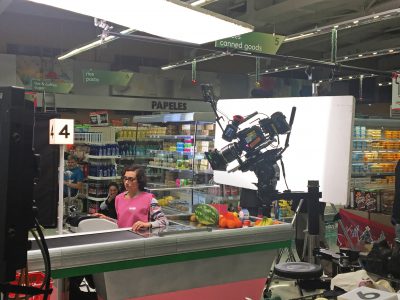 Rémi continues: “the Conveyor Belt spot was shot at a real supermarket, during the night. All supermarkets here allow for our kind of activity to happen only overnight, away from their business hours. We did have to build the conveyor belt though as the existing ones were too short for what our director needed. Building it also gave us the opportunity to control its speed which was very helpful for our purposes.

“Finally, Vending Machine was shot on a stage as well, on the same day we shot the art gallery scene for Terry. The wall the director was looking for was very specific and reminiscent of an existing wall at LAX, so the entire wall we used ended up being a construction. Then we had to rig and adapt the vending machine, and load it with all these fake passports, IDs and documents. I must say, the protagonist of this particular spot was our amazing art crew."

Chile has previously hosted commercials for companies including Carvana, Tuborg and Maxwell House.

Last year, the Chilean Government unveiled a 25-30% tax rebate that is awarded to productions that incur a minimum local spend of USD2 million.