Written by Murray Ashton on Mar 13, 2018. Posted in Interviews

Apulia (known as Puglia in Italy’s native tongue) is one of the country's most versatile regions for filming but is particularly popular for its capacity to offer clear, underwater shoots in a safe environment. TLG sat down with Daniele Basilio of the Apulia Film Commission to talk about their recent work and what the region can provide to international producers. How did you become involved in the film business and what has been your career path to get you to your current role as head of the production office at the Apulia Film Commission?

I graduated in Cinema at the National School of Cinema (Centro Sperimentale di Cinematografia) in Rome. I started my career as a film director, assistant director and screenwriter and in 2008 I began to collaborate with the newly established Apulia Film Commission. In the first few years I worked as a consultant in the phase of start-up and business development and strategy. Eight years ago I was hired as Head of Audiovisual Project and Production Office and have held the position ever since.

Being in charge of the Audiovisual Project and Production Office entails, among other things, to take charge and coordinate the following activities:

- providing a variety of free services to the movie productions shooting in Puglia (around 460 productions in 10 years).

- producing special projects aimed at talent scouting. In this case, AFC acts as a production company (about 45 works have been produced in 10 years). 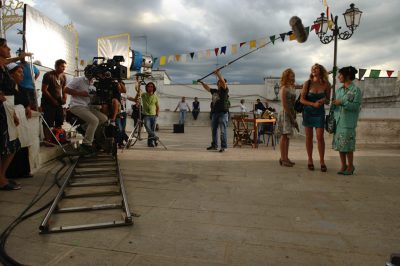 How do you assist local and foreign producers and production professionals considering Apulia as a location filming destination?

My office analyses the audiovisual projects and then proceeds with research, photo scouting and location scouting. We take care of institutional intermediation and assist the production companies with the procedures needed for authorisation. We also routinely update our “Production Guide”, a database of Apulian professionals and companies.

What can you tell us about Apulia as a filming destination?

The strong point of Puglia as a film location is a lovely Mediterranean climate with many daylight hours. It is quite a large area with 800km of coastline spotted with lakes, castles, mountains, canyons called “lame”, marine caves and underground ancient caves we call “ipogeo”. Most of the towns have numberless public artistic buildings and squares and very often a charming, historical district characterised by the southern peculiarity of exhibiting several architectonic layers that come from the diverse cultural dominions on this land (from Greek-Roman to Frederician, from Arabic to Baroque architecture and much more).

After 10 years of hard work and 460 productions, we can proudly say that we have cultivated quite a number of artistic and technical talents who are experienced in working with foreign productions and who are sought after by projects shooting elsewhere. Moreover, AFC has three logistical headquarters called “cinehubs” in the cities of Bari, Lecce and Foggia, which are equipped with office spaces for productions and film direction, equipment rooms, truck parking, warehouses and theatres for screening. 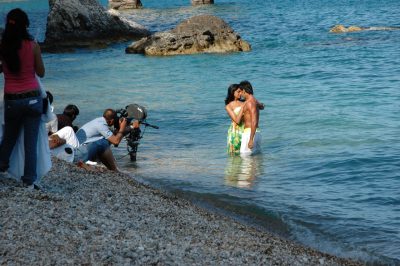 In Puglia there are quite a lot of first-rate receptive structures since and our region is famous for quality tourism. Hotels and resorts are endowed with all the comforts required by the great international talents and can satisfy the requirements of troupes that are going to spend quite a long time in Puglia. As for the flights, there is a large, excellent, modern international airport in Bari and another airport in Brindisi.

Does Apulia offer any financial or non-financial incentives?

The AFC supports and co-ordinates the film and audiovisual production chain with a variety of free services in order to provide solutions to logistical problems, starting from location seeking on the basis of the scripts.

In the location scouting phase the AFC covers the transport and accomodation costs within the region as well as the location manager’s costs. The three Cinehubs also host production companies for free. On top of that, since 2007 the Puglia region has had a film fund that has financed 260 productions in 10 years. The overall 2017 film fund budget amounted to EUR500.000.000. It was addressed to fiction feature films, docs, shorts and format TV. The cap for fiction or animated films is EUR350,000. 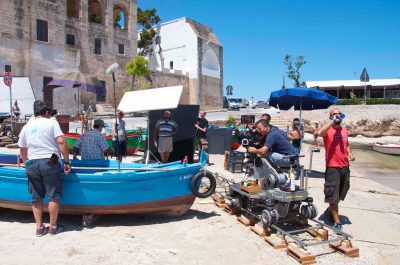 What locations are most commonly used by productions (Italian and foreign) coming to film in your region?

In our first few years of operation, production companies came to film outdoor locations, especially locations by the sea. After a while, we specialised in doubling our locations for different places in the world. In this way, Puglia became the set for films located in Kenya, Tunisia, Morocco, Afghanistan, France, Germany, Spain, Portugal and many more places. With that said, Puglia has also been a popular location for films set elsewhere in Italy, such as Sardinia, Sicily, Campania and Lazio.

What are the more unusual locations that you have to offer that our The Location Guide readers would not necessarily associate with Apulia?

We can propose locations along the rivers’ estuaries that can look like rivers in Asia, or we can offer canyons that can pass for American canyons and even forests that can seem as if they’re from outside of Europe.

What are the advantages of filming in Apulia that producers should know about? 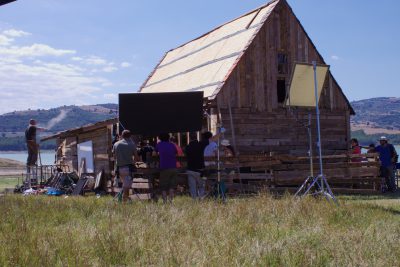 In Puglia it is quite common and easy to film in public locations without any charge and foreign productions can rely on AFC support and police assistance. Police are very helpful both in the case of unproblematic scenes and in the case of difficult, complex action scenes.

What foreign productions have filmed in Apulia in the past few years?

How many ‘location shoot days’ did Apulia record for 2017?

There have been a great number of difficult requests we have had to face, such as building a bar in the harbour of Taranto on a platform suspended on the sea for the movie Third Person by the Oscar-winning director Paul Haggis. To build the bar, not only did we have to hire engineers, architects and scuba divers, but it was necessary to ask permission of five different authorities. Are there any particular tips that you would like to share with our readers about filming in Apulia?

First thing I would recommend: don’t come to shoot in sea-locations in July and August when it is holiday time in Italy, although I would immediately add that if the production is willing to get the inhabitants involved, nothing is impossible in Puglia!

What would you recommend crew and cast do to have fun and relax on down days or pre/post shoot? Do you have favourite 'crew friendly' hotels, restaurants or bars that you would be happy to share with our audience?

Puglia is a wonderful land where many stars have bought houses in the last decade and where many people in show business come on holiday. Transportation and travelling is very fast and comfortable due to the peninsular shape of the land. The sea waters are blue-green, very clean and one can bathe in the waters from May to the end of October. Our Mediterranean food is unique and always goes with delicious wine. The AFC are always willing to share their favourite restaurants, bars with breath-taking views, old masseries or futuristic discoes with our relished guests.

What do you enjoy most about living in Apulia?

Puglia offers all the advantages of the South of Italy (good weather, low costs and hospitality) but with the entrepreneurial aptitudes of Northern Italy.

Daniele, it was lovely talking to you.