Written by Tom Deehan on Mar 1, 2018. Posted in On Location / Production News

Trust Me series two to return to Edinburgh

The BBC has commissioned a second series for its highly-popular medical drama, Trust Me, with production scheduled for later this year. The new series will return to Scotland but will feature an all-new cast and storyline. 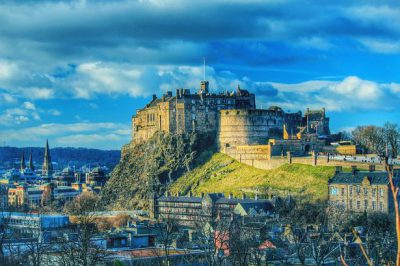 Trust Me will once again be produced by Red Production Company – a subsidiary of StudioCanal. The four-part series will follow Captain James McKay who is recovering from a surprise attack he encountered while on tour in Syria. The site of his recovery, an Edinburgh hospital, soon becomes a battleground of its own however with the appearance of a new enemy.

Screenwriter and NHS doctor Dan Sefton adds: “I’m absolutely thrilled to be working on a new series of Trust Me for the BBC. The support the project received from both BBC Drama and BBC Scotland made it a hugely enjoyable process. It’s also fantastic to be working with Red Production Company and Nicola Shindler again - a company that makes some of the best drama this country produces. This follow up series will bring the same tension and twists of the original show to a brand new medical arena.”

Nicola Shindler, Founder and Executive Producer of Red Production Company states: “Dan’s personal experience working in the medical profession combined with his exceptional writing, make the second series of Trust Me every bit as compelling as the first. The complexity of his characters, on the surface every day medics and patients, combined with the darkly twisting story-line will keep viewers hooked.”

Trust Me proved to be one of the BBC's most popular dramas of last year, attracting an average consolidated audience of six million people.

Edinburgh's production profile has grown exponentially in recent years with the success of such high-profile productions as The BFG and Outlander. Film Edinburgh announced this week that the city had received a GBP16.1 million inward spend from hosting Avengers: Infinity War last year, which hired 400 crew members during filming.

Feature films and high-end television shows can receive a 25% tax rebate upon meeting an eligible spend in the UK. Scotland also provides an additional incentive via its Production Growth Fund, which has an annual budget of GBP4 million.