Written by Tom Deehan on Mar 15, 2018. Posted in On Location / Production News

Pre-production for The Lighthouse is now underway in Nova Scotia, with a lighthouse set being built at Cape Forchu on the Leif Erikson trail. The area will be closed until 11th May, at which point the production will move to a different location. 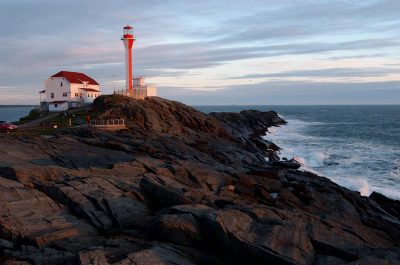 The lighthouse set, which will stand 20-metres tall upon completion, will replicate 20th century architecture to match its period setting. Additional scenes will be filmed in a hangar at Yarmouth airport.

Speaking to The Chronicle Herald, Leland Anthony, the warden for the municipality of Yarmouth explains: “it’s the rock formation that [the production] wanted in the Leif Ericson Park. They also liked the fact that there was a flat area next to a rocky backdrop.”

Directed by Robert Eggers and co-produced by New Regency and RT Features, The Lighthouse will tell the story of an ageing lighthouse keeper played by Willem Dafoe, with Robert Pattinson co-starring. A24 have already signed on for worldwide distribution.

Anthony adds: “it’s the slow time of the year [and] the location scout was very pleased to learn there was a local scaffolding company, for instance. It’s their off-time of the year. You don’t see much scaffolding going up right now so there’s an economic spin-off right there.

Nova Scotia employs an incentive programme to subsidise the costs of filming within the Canadian province. 26% of eligible costs can be reimbursed but productions can receive a total of 32% if extra criteria are met.