Written by Tom Deehan on Apr 30, 2018. Posted in On Location / Production News

BBC/HBO series, Gentleman Jack, to film in the UK and Denmark

Gentleman Jack, an upcoming co-production between Lookout Point (for the BBC) and HBO will film on location in West Yorkshire and Copenhagen. Production for the eight-part series will begin next month with Sally Wainwright directing. 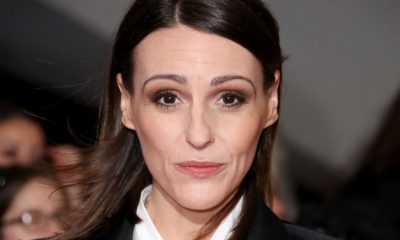 The series will focus on the life of Anne Lister, a remarkable landowner of the 19th century whose diaries revealed one of the first recognisable instances of the modern lesbian lifestyle.

Sally Wainwright states: "I'm delighted that the story of Anne Lister has attracted such a talented, stand-out cast. We also have a wonderful crew on board and I can't wait to start filming".

In addition to directing, Wainwright will serve as the show’s creator and writer, with previous credits to her name including To Walk Invisible and Last Tango in Halifax. Suranne Jones (Doctor Foster) will portray Lister herself, while Sophie Rundle (Bodyguard) will star as Lister’s love interest, Ann Walker.

Yorkshire is one of the UK’s most popular destinations for filming, particularly for television content. The county recently hosted production for another BBC series, Gunpowder, as well as Paul Thomas Anderson’s Oscar-winning feature film, Phantom Thread.

Copenhagen on the other hand remains a fairly untapped location for international productions, despite the city’s iconic architecture and unique topography. The capital will receive a profile boost however with the release of Lars von Trier’s The House That Jack Built, which utilised the city in early 2017.

While Denmark currently lacks a dedicated film incentive programme, the UK does offer a 25% tax rebate to feature films and high-end television shows that meet a required minimum spend.