After announcing late last year that a film incentive programme was in the works, Greece’s Ministry for Digital Policy has confirmed a 25% cash rebate with online applications to be taken from April 16th. 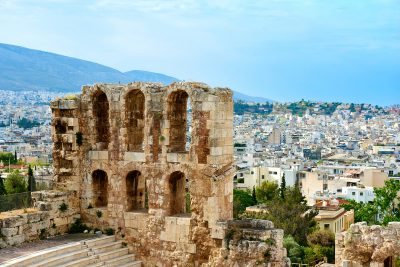 The incentive has been allocated EUR450 million for the next six years, translating to an annual fund of EUR75 million. Eligible productions include feature films, documentaries, television series, animated projects and video games.

In order to access the incentive, productions must meet a minimum spend of EUR100,000. Anything above EUR5 million will be ineligible but there is no minimum budget required for feature films and TV series.

Applications will be handled by EKOME, the National Centre of Audiovisual Media and Communication, with a turnaround of no more than 45 days.

Despite having a good rapport with the commercials industry, Greece has struggled to attract international feature films and TV series in recent years. As the popularity of film incentives has grown worldwide, similar locations such as Croatia and Malta have become far more affordable alternatives.

Speaking at last year’s Amorgos Tourism Film Festival, Director Andonis Kioukas explained: “it’s ridiculous that so many Greek-themed films should be shot elsewhere. There have been so many missed opportunities. In the last decade we’ve lost Alexander the Great, Troy, 300 and Mamma Mia! Here We Go Again. Greece could be the best open-air studio in the world. For years we’ve been saying ‘take measures to become more competitive’.”

Losing Mamma Mia! Here We Go Again to Croatia was a major blow for Greece’s production industry. The film’s predecessor, which shot on location in Skopelos, has become synonymous with the country's film tourism industry.