Written by Tom Deehan on Apr 3, 2018. Posted in On Location / Production News

Idris Elba’s new series, In the Long Run, filmed locations throughout Kingston and Lewisham in London to portray its 1980s setting. Loosely based on Idris’ childhood, In the Long Run is a co-production between Green Door Pictures and Sprout Pictures. 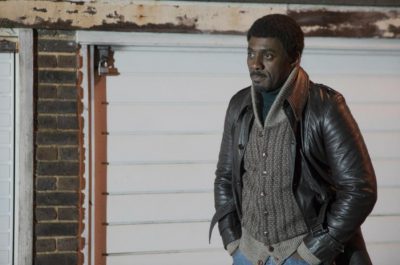 FilmFixer provided assistance for the shoot which also traveled to Sutton, Southwark and Lambeth. FilmFixer Director, Karen Everett explains: “the Cambridge Road Estate in Kingston hosted a great deal of filming over a week in late October early November, filming scenes extensively around the estate, along the stairwells and walkways and in front of key flats. All the main characters were filmed around the estate, giving residents a bit of a thrill really to see actors like Idris Elba and Bill Bailey at work outside their homes.”

Everett continues: “the Czar Street Estate in Lewisham helped out with key scenes filmed in December and the Times Square car park in Sutton played the car park at 1980s Heathrow. The stars were filmed walking through the shopping centre link tunnel and getting into their car.”

Television shows that incur a minimum spend of GBP1 million per-broadcast hour whilst filming in the UK can receive a 25% tax rebate. The incentive has attracted an array of high-end shows including Game of Thrones, Black Mirror and The Crown.

All six episodes of In the Long Run are now available to stream online.