Written by Tom Deehan on Apr 16, 2018. Posted in On Location / Production News

It: Chapter Two heading for Toronto this July

The sequel to one of 2017’s highest-grossing films, Andrés Muschietti’s It, is scheduled to begin principal photography this July in Toronto, Ontario. By returning to Toronto, the production will be using the Canadian city once again to stand in for the fictional town of Derry, Maine. 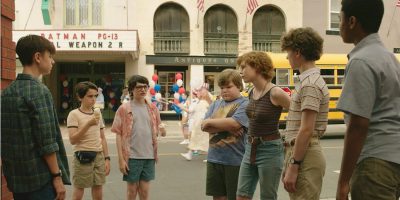 The film’s scheduling was confirmed in email to IndieWire from producer Roy Lee, explaining: “the script is still being finalised and the locations are currently being scouted in anticipation of shooting then.”

Muschietti will once again direct the project which will be produced by New Line Cinema and Executive Produced by Marty P. Ewing. Based on Stephen King’s 1986 novel of the same name, the sequel will jump 27 years into the future as the Losers’ Club return to Derry as adults to confront Pennywise the Clown one last time.

James McAvoy, Bill Hader and Jessica Chastain are currently in talks to star in It: Chapter Two, which will see Bill Skarsgård reprise his role as Pennywise.

It was one of the biggest earners in a year filled with box office flops. On a modest budget of USD35 million, the film managed to attract a total worldwide gross of USD700 million, becoming the highest-grossing horror film of all time and the seventh highest-grossing film of 2017.

International productions that film in Ontario can receive a 21.5% tax credit on all eligible local expenditures. In the case of domestic productions, the rate is increased to 30% and increased again to 40% if the application is made by a first-time producer.