Written by Tom Deehan on Apr 23, 2018. Posted in On Location / Production News

The sequel to 2017’s Spider-Man: Homecoming will begin principal photography in July, with filming scheduled to take place in London. While no specific details have been given, the decision to film in London has been made with the intent of utilising nearby locations in Europe. 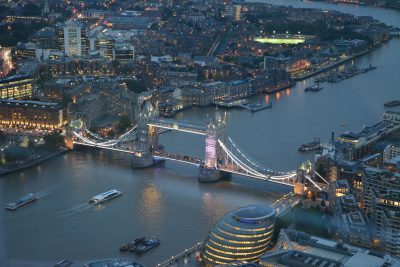 Speaking with io9, Marvel Studios President, Kevin Feige explained: “we shot the first film in Atlanta. And we shoot a lot of films in London but there's another reason we're shooting in London which is, yes, Spidey, of course, will spend some time in New York, but he'll spend some time in other parts of the globe.”

Due to their heavy-use of soundstages and studio facilities, films within the Marvel Cinematic Universe have usually jumped between London and Georgia depending on what’s available.

Jon Watts will return to direct the currently untitled sequel, which will be the second iteration in a planned trilogy for Marvel’s iconic web-slinger. Spider-Man: Homecoming became one of the highest grossing films of 2017 with a worldwide take of USD880.2 million.

Actor Tom Holland is soon to reprise his role as Spider-Man in Avengers: Infinity War. With a staggering estimated budget of USD300 million, Infinity War is on track to take in USD190-235 million in its opening weekend. The film will serve as the thematic conclusion to a 10-year journey spanning 18 different productions.

Aside from its studio facilities, the UK’s popularity as a filming location can be owed to its 25% tax rebate on production expenses. Producers must spend at least 10% of their budget within the country to be eligible for the incentive.

London recently hosted production on Steven Spielberg’s Ready Player One, making use of both futuristic and dystopian locales.