Written by Tom Deehan on Apr 4, 2018. Posted in On Location / Production News

The Missing spin-off to film in the Netherlands and Belgium

Amsterdam will be a major filming location for an upcoming spin-off of the BBC’s hit-show, The Missing. Entitled Baptiste, the series will see Tchéky Karyo reprising his role as the talented investigator, Julien Baptiste. 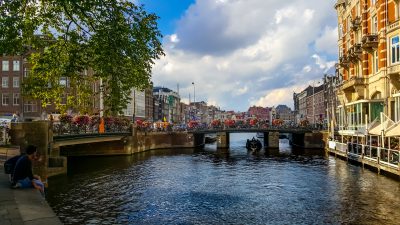 While Amsterdam will be a key location for the series, the majority of the shoot (50 out of 70 shoot days) will take place in Belgium, with scenes shot in Antwerp and Ghent. The new series will once again be produced by Two Brothers Pictures for BBC One.

On returning to the character, Karyo explains: “Julien Baptiste is very dear to me, so I’m really excited to be following his journey to the streets of Amsterdam and seeing what dark secrets he unveils this time. No doubt he’ll continue to take great risks all in the name of justice.”

Piers Wenger, Controller of BBC Drama adds: “Julien Baptiste - played by the exceptional Tchéky Karyo - is one of the Williams brothers’ greatest creations and utterly deserving of his own show. This first series of Baptiste will allow us to discover more about Julien than ever before as he is parachuted into the centre of a shocking and wide-ranging crime story.”

The Missing received critical acclaim upon its debut in 2014 and has been notable for its wide range of filming locations. Scenes for the first two series were shot in Germany, Belgium and Morocco.

A large portion of Baptiste's financing will be obtained via the Belgian Tax Shelter for productions and the Flanders Audiovisual Fund.

Last year, the Netherlands Film Production Incentive was expanded to cover high-end television shows, which can now receive a 30% cash rebate after meeting an eligible spend. So far in 2018 a total of EUR4.4 million has been allocated via the incentive scheme.

Another BBC production, The Miniaturist, recently utilised locations in the Netherlands including Pieterskirk in Leiden.