Written by Tom Deehan on Apr 9, 2018. Posted in Awards and Festivals / General Interest

The fifth annual LMGI Awards took place at the Alex Theatre in Glendale over the weekend, with Dunkirk and Baby Driver honoured as part of this year’s winners. Baby Driver proved to be the most popular production of the night, scoring Outstanding Locations in a Contemporary Film and Outstanding Film Commission – the latter for the Atlanta Mayor’s Office of Film and Entertainment. 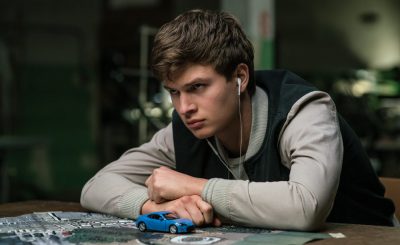 During the shoot for Baby Driver, Location Managers Doug Dresser and Kyle Hinshaw were able to take over several freeways in Atlanta for death-defying car chases. Speaking to TLG, Doug explained: “the hardest moment we had on Baby Driver was filming on interstate 75/85, the main freeway in the heart of downtown Atlanta… hundreds of thousands of people use that freeway every week and we wanted to race a car down the wrong direction through traffic. We conducted studies to find the best and time for filming, working closely with Atlanta PD, GDOT and the Georgia State Patrol to do stunt safely. Everyone worked so hard on this sequence and I hope the audience enjoy all that we went through.”

On the television front, the Netflix series Ozark was awarded Outstanding Locations in a Contemporary television series while Game of Thrones won the equivalent for period productions.

For its penultimate season, Game of Thrones placed a higher emphasis on locations in Spain with one of the standout locales being the islet of Gaztelugatxe. Production is now underway for the show’s final season.

This year’s honourees were Rino Pace and Josh Karan, who were presented with the Lifetime Achievement Award and the Trailblazer Award respectively. Canadian Location Manager Rino Pace boasts an incredible three-decade career with features such as Inception and Deadpool, while Josh Karan is noted for his instrumental role in the establishment of the Association of Location Scouts and Managers.