Argentina's National Institute of Cinema and Audiovisual Arts (INCAA) has launched a new co-production incentive aimed at attracting foreign investment in domestic television projects. A total of USD2.6 million has been earmarked for the scheme, which will offer reimbursements of up to 50% on eligible production expenditure within Argentina. 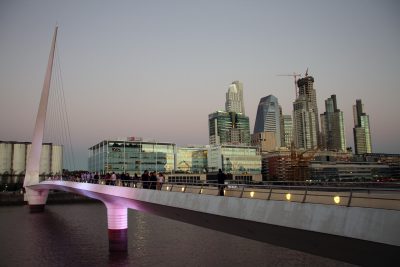 Speaking at the LA Screenings Expo, Mariana Dell Elce of INCAA detailed that the minimum reimbursement per-project will be set at USD140,000 alongside a higher cap of USD248,000.

To gain eligibility for the incentive, at least 30% of the Argentinian investment must be spent on local crew. Preference will be given to projects that shoot largely outside of Buenos Aires and the metropolitan region.

The application window for the incentive will span from September 5th to October 31st later this year.

Argentina currently lacks a nationalised incentive programme for non-coproduction entites but these are promising steps that will bring the country closer in line with other major production hubs around the world.

Neighbouring Chile introduced such an incentive in early 2017, providing a 30% tax rebate to productions that meet a minimum local spend of USD2 million. Dedicated financial incentives have become an essential component of stimulating and maintaining production activity. Argentina’s cost-effective rates on good and services have allowed the country to remain popular with producers in the past however, particularly for commercial productions.

Argentina also received a recent profile boost with the success of Ryan Coogler’s Black Panther, which used several plate shots of Iguazú Waterfalls to construct the fictional kingdom of Wakanda.