Written by Tom Deehan on May 25, 2018. Posted in On Location / Production News

Smuggling drama, Moving Parts, was recently shipped to the Cannes Film Festival in search of distribution after being filmed on location in Trinidad and Tobago. TLG caught up with Director Emilie Upczak to ask about the experience of filming in the Caribbean nation. 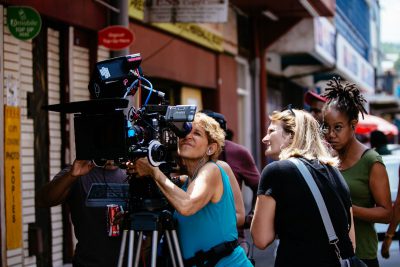 When asked about the decision to film in Trinidad and Tobago, Upczak explained: “Trinidad and Tobago is a unique setting, in that it is not just a tropical backdrop with plenty of beaches, it also offers unique historical and modern architecture, as well as a diverse population of persons from the African diaspora, East Indian, China, Lebanon, Syria and parts of Europe. The diversity of the people and locations made for a beautiful film with many of our audiences noting that Trinidad comes across in the movie as an interesting and dynamic place."

“Originally I brought in my cinematographer from the states, Nancy Schreiber, and she was impressed with the variety of locations we eventually shot in, the quality of the natural and artificial light and the diversity of the people. We were able to capture varied environments, highlighting the white gallery walls of one of Port of Spain's more well known art spaces, Medulla gallery, while shooting downtown on Charlotte street which is the transportation and market hub of the city." 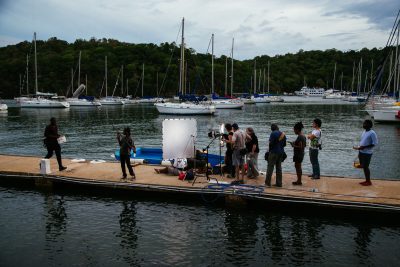 Moving Parts was filmed over 16 shoot days after having successfully completed its Kickstarter campaign. The film deals with the very real horrors that emerge from human trafficking, particularly from a female perspective.

Elaborating on the film’s technical challenges, Upczak adds: “Trini crews are used to problem solving and did an excellent job finding creative solutions when issues arose. One scene in the film we actually shot in three different locations and had to make it look like the same place, but we managed. Our production designer Shannon Alonzo and her team created an immersive environment in each location and their work is felt in the final cut.”

Trinidad and Tobago currently offers a 35% cash rebate to productions that incur an eligible local spend but an additional 20% is afforded to producers who hire local labour. The nation was also represented during last year’s Cannes Film Festival with an official entry into the competition - Darisha J. Beresford’s The Cutlass.