Governor Phil Murphy has expressed his support for the Garden State Film and Digital Media Jobs Act which seeks to bring a dedicated film incentive programme back to New Jersey. The bill, which asks for an annual tax credit fund of USD75 million, has already been passed by both the assembly and the senate. 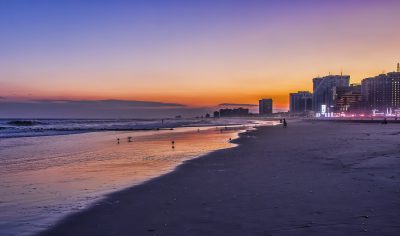 An additional USD10 million will be allocated for reimbursements on digital media projects. The framework of the bill will be subjected to further scrutiny before Governor Murphy is given the opportunity to present his official approval.

A total of five-years worth of funding has been requested, amounting to a pledge of USD425 million. Under the incentive, a 30% tax credit will be afforded to feature film and television content while digital content can access a 20%.

Both rates will receive a 5% uplift for productions that utilise one of eight New Jersey counties, the details of which have yet to be specified.

New Jersey’s prior incentive programme was left to sunset following scathing comments regarding the scheme’s worth by the previous state Governor, Chris Christie.

In the eight years since the incentive lapsed, New Jersey’s production industry has seen a notable decrease in activity with producers favouring states such as New York and Georgia. Prior to the recent uptick in production activity, Florida suffered a similar downturn after its own incentive was dismantled in 2016.

Film incentives are a crucial component in attracting out-of-state business and competing with other filming locations on a global scale. New Jersey’s profile is expected to receive a boost however with the upcoming release of Martin Scorsese’s The Irishman, which utilised several locations within the state.