Written by Tom Deehan on May 21, 2018. Posted in On Location / Production News

Production is now underway for Stephen Poliakoff’s upcoming series, Summer of Rockets, with scenes being filmed in and around London and Oxford. The six-part miniseries will be executive produced by Helen Flint (Little Island Productions) and Lucy Richer (BBC). 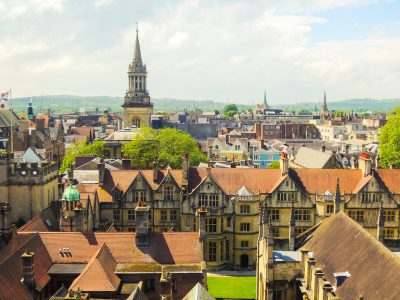 Set in the late 1950s around the height of the Cold War, Summer of Rockets will follow Samuel (Toby Stephens), a designer of hearing aids for high-profile clients who soon finds himself recruited by MI5 in a bid to exploit his newfound friend Kathleen (Keeley Hawes) and her husband Richard Shaw MP (Linus Roache).

Executive Producer Helen Flint says: “this piece set in 1958, is hinged at the pivotal point of world history where the past and future are pulling in equal strength and human beings, young and old have little control over the eventual outcome.”

Timothy Spall will also star alongside Lily Sacofsky, Lucy Cohu, Gary Beadle and Mark Bonnar. Spall explains: “I’m utterly delighted to be working with Stephen for the third time. As ever, the scripts are wonderful, the story is completely original and totally compelling and surprising, as is the gallery of fascinating characters. Stephen has assembled a fantastic cast as he always does. A few of whom I have worked with in the past, I’m greatly looking forward to being part of this wonderful and unique television drama.”

Acclaimed writer and director, Stephen Poliakoff, is no stranger to filming in the UK capital. Poliakoff’s previous series, Close to the Enemy, combined scenes filmed in London and Liverpool. Poliakoff commented that the latter offered “unspoilt” locations.

High-end television series can receive a 25% tax rebate upon meeting a minimum spend of GBP1 million per-broadcast hour. The incentive has allowed the UK to become one of the most popular filming destinations in the world.