Written by George Melikishvili on May 4, 2018. Posted in Contributors

Georgia - some of you might think of the American state when the name is brought up and others might rarely consider the charming country located at the foot of the Great Caucasus Mountains, but the nation of Georgia is no stranger when it comes to filmmaking. With the country expecting to host twice as many foreign productions in 2018 over the previous year, now is certainly the time to check out this up and coming destination. 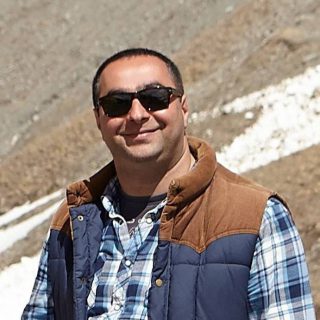 Georgia covers a territory of only 69,700 square kilometres, taking just nine hours to drive from one end to the other. In such a short period of time, you will observe huge diversity of natural beauty and nearly all types of climate zones. For instance, you can film one of the highest mountains in Europe (Mount Shkhara – 5,200 m) and beautiful Black Sea beaches within a single day. As previously mentioned, there are four distinct seasons in Georgia, giving you the opportunity to shoot plentiful amounts of snow in the winter or colourful landscapes in autumn.

Located at the crossroad of Europe and Asia, Georgia has been conquered by numerous greatest empires which have greatly influenced its culture and architecture. Formerly, Georgia was a part of the Soviet Union until receiving its independence in 1991. During the period of communist rule, a lot of buildings of Soviet, Stalinist and Brutalist style were constructed. Aside from the Soviet architecture you can also find aspects of Europe and Asia as well as modern glass buildings in the cities of Georgia. On the other hand, you can find some parts of Turkey, Iran, Afghanistan, Iraq or even India in towns and countrysides. 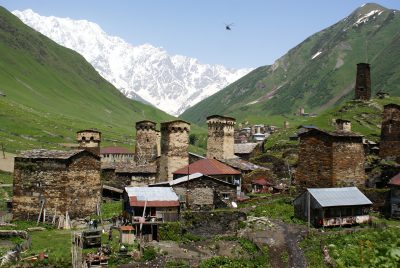 Georgia has over than 100 years of film production experience. The first Georgian feature film titled Akaki’s Voyage was shot in 1912. During the Soviet era, Georgia was a leading country among the USSR Republics with regards to film production and there are a lot of brilliant works from Georgian directors of the time. While the Georgian Civil War put a halt to film production for several years, the period of modernity that followed the conflict has allowed the production industry to resume.

Throughout the 2000s, foreign producers started to bring projects back to Georgia, exploring the country as a filming location full of new opportunities. Michel Hazanavicius’ The Search (2014) was the largest project we’ve ever had film in Georgia. It took more than five months of pre-production and three months worth of shooting. Locations were chosen in several regions of the country including Tbilisi city, Kakheti (Telavi town and its surroundings), Tsalka (Tsalka town and nearby villages), Khashuri town and Rustavi city. We also used an active military base nearby Rustavi city. Due to the production being a war movie, the Georgian army were heavily involved in supplying troops, tanks, armoured trucks and vehicles, alongside different Russian weapons and ammunition. 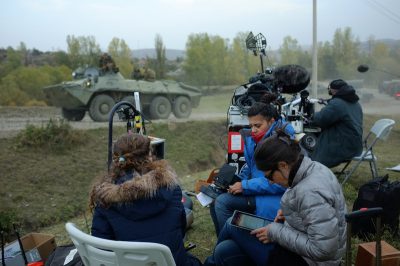 The Ministry of Defence and the Georgian Army itself offered great support throughout the shoot as a lot of streets and roads were blocked off and there were several controlled explosions on location. Local people were very friendly as well during the shoot. Despite the complicated nature of the scenes with various SFX elements thrown in, they were very patient during our stay.

Because of the growing demand for Georgia as a filming location, the industry is developing very quickly and local crews are becoming more compliant with world-class production standards with every new project. The average daily fee of major crew members is EUR60-80 and you can rely on highly professional film production houses and rental service operating in Tbilisi.

One of the most important aspects of the local film industry is its governmental support. Georgia has had a dedicated film incentive programme since December 2015. You can receive a 20-25% cash rebate for expenditure on feature films and TV series (GEL500,000 minimum spend) and for commercials, reality shows or music videos (GEL300,000 minimum spend). 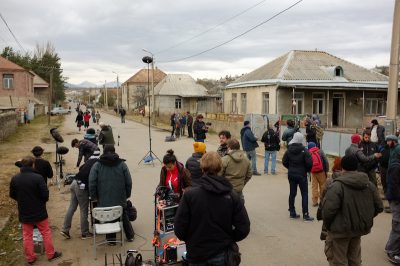 The incentive has become a crucial part of Georgia’s bid to compete with locations around the world. In addition, almost all public locations including streets, parks and squares are available free of charge, it just takes a couple of days for us to obtain the sufficient permits.

As one of the most affordable locations on the continent, Georgia has a great deal to offer the international filmmaking community. We also have a flexible banking system; low, transparent taxes and no film unions. I would advise every producer to consider these attributes when deciding where to shoot their next project.

George Melikishvili currently works as a line producer in Georgia and is the founder of production service company, locationStock. To get in contact with George, click here.