Written by Tom Deehan on May 14, 2018. Posted in On Location / Production News

An adaptation of Capcom’s video game franchise, Monster Hunter, will begin shooting on location in South Africa from September. The film will be produced by Constantin Films and directed by Paul W.S. Anderson, with both having previously collaborated on the Resident Evil series. 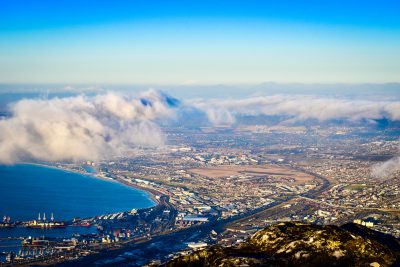 Speaking at the Cannes Film Festival, Constantin’s Chairman, Martin Moszkowicz explained: “the crews are great there and, at least for a European company, it’s easy to get there: same time zone and overnight flights. We are very much in a comfort zone of production.”

International distribution for the film has yet to be confirmed with the exception of Germany and Switzerland, which will be handled by Constantin. Toronto-based Mr. X, another Resident Evil alum, will provide special effects for the production.

Since its inception in 2004, the Monster Hunter series has gone on to sell more than 45 million units worldwide. The most recent iteration in the series, Monster Hunter World, became Capcom’s most successful game to date with over 7.9 million copies sold in just a few months.

South Africa is a highly popular filming destination for productions worldwide, owed to its film-friendly infrastructure and dedicated financial incentive. Producers can receive a 20% rebate upon meeting an eligible local spend. A per-project cap is currently set at R50 million.

The rebate can be lifted to 25% if a project utilises location post-production facilities.

Resident Evil: The Final Chapter previously made great use of South Africa, filming locations such as Cape Town and Hartbeespoort. More recently however, the country has played host to the upcoming adaptation of Neil Gaiman’s Good Omens.