Written by Tom Deehan on Jun 26, 2018. Posted in On Location / Production News

The latest iteration in the long-running Jurassic Park franchise, Jurassic World: Fallen Kingdom, filmed throughout Hawaii and the UK to portray the fictional locale of Isla Nublar and The Golden State respectively. 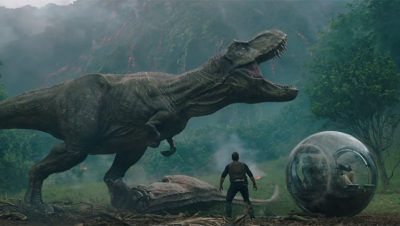 Detailing the experience, Location Manager Catherine Kagan explains: “Hawaii has its own set of challenges to filming. One does not go there for urban settings so the jungles the beaches are what you want. The weather is always a problem as it tends to rain so much the ground always becomes mush and it’s very difficult to move the large equipment around. You often have to lay gravel to create roads to be able to get from A-B which is of course really expensive.”

She continues: “almost everything has to be shipped from LA there is very little equipment on the island and it’s usually working on the one TV show so it has to be shipped in and shipped back – it’s very expensive. There is not a lot of local crew the crew base is very small and if they are working on Hawaii 5.0 you will be shipping in crew also. Usually you can’t dig or move anything as there is still a lot of buried ordnance from the Second World War and there are many Hawaiian cultural sites that are not allowed to be disturbed in anyway. it can be tricky for building sets unless on private property.” 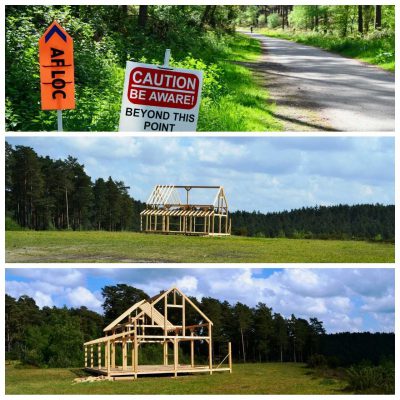 When Claire Dearing (Bryce Dallas Howard) seeks out Owen Grady (Chris Pratt) in the Golden State countryside at the beginning of the film, the scene was actually shot in Bourne Wood, Surrey.

Pam Eastwood of the Forestry Commission explains: “Jurassic World came to Bourne Wood for about 3 weeks and filmed for 3 days. They built the frame of a house and filmed some dialogue scenes – sadly no velociraptors in sight.”

Hawaii’s 20-25% tax credit and the UK’s 25% tax rebate have allowed both countries to remain financially competitive on the global locations market. Both countries attract a significant amount of production activity as a result.