Written by Murray Ashton on Jun 25, 2018. Posted in Interviews

With an appealing climate, a cost effective economy and a film-friendly infrastructure to boot, Uruguay has enjoyed a fair amount of popular with productions of varying types. As the Executive Producer of one of Uruguay's leading production service companies, Andres Mailhos spoke to TLG about his experience of working in the South American country. 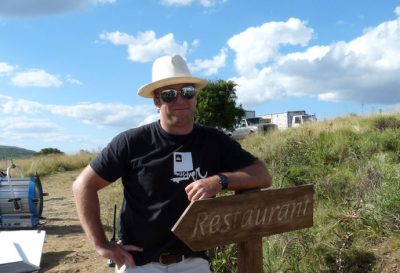 It started over a decade ago (2004) as the first company specifically dedicated to production services in Uruguay. Nicolás Aznárez and Chris Romano joined forces in order to develop this new enterprise after meeting and working together in A Band Apart (Quentin Tarantino´s & Lawrence Bender mythical company in Los Angeles) almost 16 years ago. While working there, they saw the potential of Uruguay as a "stand in" for many and various locations they needed. Uruguay was particularly attractive as a counter season alternative (as we have opposite seasons to the Northern Hemisphere) and without much of a time zone difference to the US, as also as a cost-effective solution.

I love the fact that every project is pretty unique. Almost like a fresh start every day – you never get bored!

How do you assist foreign producers and production professionals considering Uruguay as a location for their next production?

We put all our efforts, know-how and resources in order to provide a stress-free experience from the early stages of considering Uruguay to when they board their plane home. 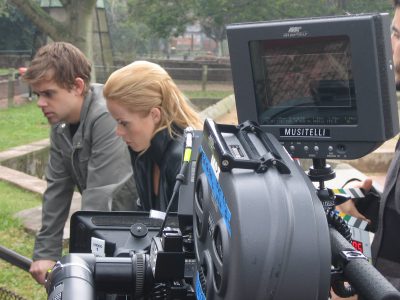 What kinds of productions do you offer production services for?

What genre of production do you facilitate most often?

TV commercials are particularly popular right now. Features and TV content have a much longer development and wider production time frames (which can take years in many occasions).

From which countries do you service clients come from?

USA, Canada and the UK are our major destinations. Although we also work for some regional clients as well (particularly from Argentina & Brazil, since they are right close to us).

What can you tell us about Uruguay as a filming destination?

Although we are a relatively a small country by South American standards, we are not a small country by European standards. Surface and distances are similar to the UK. Uruguay was formerly known as “The Switzerland of South America” and there’s a reason for that. In a way it looks and feels more European than stereotypically South American. It’s a safe and friendly option that offers plenty of daylight hours, appealing and diverse locations and nice summer weather during Northern Hemisphere’s cold months. Every corner of the country is easily reachable, we have film-friendly airports and ports, amazing beaches, beautiful countryside locations and a mix of architectural styles that make it very ductile.

Our dedicated crews have helped our local industry stand out on its own despite the very large production hubs surrounding us. Intrinsic to the Uruguayan DNA is an understanding that by going the extra mile, only then will we truly succeed. And our clients perceive it!

We have short and direct air connections with all the major cities of the region (such as Buenos Aires, Santiago, Sao Paulo and Rio de Janeiro) plus direct air connections to the US (East Coast) and Europe (via Madrid or via Paris) unfortunately we don’t have direct flights with London at the moment but hopefully we will in the future. Accommodation is excellent and generally much more cost-effective than European capitals or major North American cities.

Does Uruguay offer any financial or non-financial incentives?

Our main incentive right now is that foreign productions are exempt from paying VAT (-22%) and it’s not like a reimbursement at the end of the shooting, they are exempt right from the beginning. As soon as we receive approval, the project gets listed by the Cinema and Audiovisual office from the Ministry of Culture so every receipt from then on will come with a project number which habilitates every single vendor to charge without VAT for that project. We are also working along with the Uruguay Audiovisual Chamber to offer further incentives to cope with some of the more aggressive strategies that our competitors have adopted. Hopefully we will have some interesting news on that regard shortly.

What are the more unusual locations in Uruguay that readers would not necessarily associate with the country?

Quite often people are surprised when they realise Uruguay has a based in the Antarctic region. Polar conditions make it a particularly tricky location (only suitable for shooting from November to early April) but nonetheless, when looking for some real dramatic landscapes and the company of penguins – it’s the place to be! Another aspect that many people find unusual are the huge sand dunes on our East Atlantic Coastline which can play as desert landscapes. It’s also worth mentioning that our foreign clients still get surprised when they see the amount of neoclassic and art nouveau, European-style buildings that we have down here.

What locations worldwide has Uruguay been used to double for and on what productions?

What are the advantages of filming in Uruguay that producers should know about?

You can shoot in an Modern urban setting in the morning and in a Beach/Countryside/Forrest/Hill/Lake location in the afternoon. In just a 200 kms radius from our Production Base the range and variety of locations we can come up with is pretty impressive.  In addition we can offer very flexible Drone permits and Film friendly airports…which can be very handy this days.