Romania will soon have its first dedicated film incentive as the national Government have approved a 35% cash rebate model that will be available until 2020. An annual fund of EUR50 million has been earmarked for the incentive, which will allow Romania to become a far more competitive filming destination on the global production market. 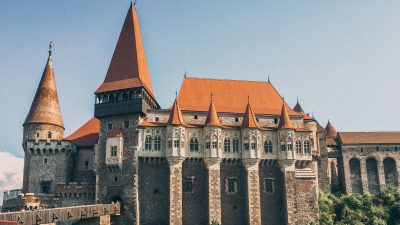 To access the incentive, a minimum spend of EUR100,000 must be met and there is a per-project cap of EUR10 million. Eligible production types include feature films, television series, direct-to-video, documentaries, animated films and short films.

If a production spends 20% of its total budget within Romania and promotes the country in a favourable way, then an additional 10% rebate can be added, bringing the potential total to 45% - one of the highest rates in Europe.

Speaking to Film New Europe, Producer Ada Solomon (Toni Erdmann) says: “even without knowing the details regarding the way it will be implemented, it is a great opportunity to get our filmmaking community more visibility. Besides the Romanian actors, filmmakers and technicians involved directly in the film business, the rebate will give a boost to cultural exchanges and tourism. It will be a great tool for international co-productions and it will create more space for diversity in the type of productions made in Romania.”

While a start date for the incentive has yet to be formally announced, its debut is expected to occur next month.

The incentive comes after months of lobbying for the Romanian Government to adopt such a scheme which has already been seen in neighbouring countries such as Serbia and Hungary. Romania recently hosted production on the upcoming horror film, The Nun, with scenes shot at Corvin Castle (pictured).