Written by Tom Deehan on Jun 20, 2018. Posted in General Interest

In a bid to make Slovakia a more accessible filming location, the Slovak Film Commission (SFC) has been established under the helm of Zuzana Bielikova. Also known as the Slovak Film Agency, the SFC will be responsible for marketing Slovakia’s production capabilities and offering a first-point of contact for any foreign producers hoping to film within the country. 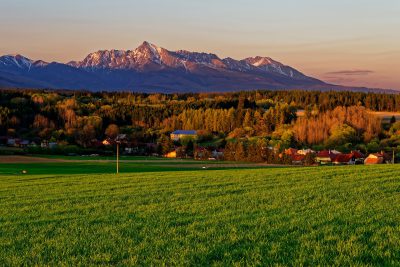 Speaking to Film New Europe, Zuzana Bielikova explains: “the ultimate goal of SFC is to achieve a stable and welcoming film environment that is able to compete with other countries. The commission will present Slovakia as a film country offering producers favourable conditions for shooting their films, or parts of them, here. With the right adjustments, SFC should become an independent mediator between Slovak and foreign filmmakers, as well as institutions at local or national levels. It will also actively involve foreign filmmakers with their Slovak partners and help coordinate their activities.”

Bielikova, a graduate of the Film and TV School of the Academy of Performing Arts in Prague, boasts nearly 15 years of production experience from a variety of roles.

The SFC will be added to the European Film Commissions Network, bringing the organisation’s total number of represented film commissions to 98.

In addition to having cost-effective rates on local goods and services, Slovakia also has dedicated film incentive programme. Upon meeting a minimum spend of EUR150,000 in the country, productions can receive a 20% cash rebate.