Written by Tom Deehan on Jun 28, 2018. Posted in On Location / Production News

Production will soon be underway for Mammoth Screen’s adaptation of The ABC Murders, with scenes to be filmed in Ripon, North Yorkshire. The project will star John Malkovich as Agatha Christie’s iconic detective, Hercule Poirot. 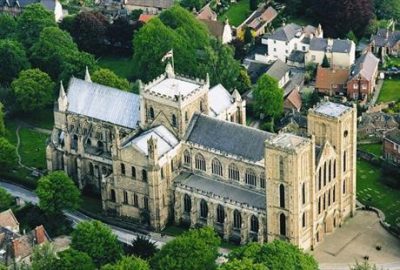 Writer and Executive Producer, Sarah Phelps says: “set in the seething, suspicious early 1930s, The ABC Murders is a brutal story of violence and lies, the long shadow of the past and the slaughter to come. At its centre, one of the most familiar, famous characters in crime fiction. We may all think we know Poirot but do we really know Hercule?”

Piers Wenger, Controller of BBC Drama adds: “over the last three years Sarah has breathed new life into some of Agatha Christie’s most renowned crime stories and we can’t wait for her to do the same with Christie’s most iconic detective, Hercule Poirot. We are utterly thrilled that John Malkovich has been persuaded to unleash his extraordinary abilities on this stellar role.”

As a cathedral city with a history dating back over 1,300 years, Ripon is an incredible resource for productions in search of period locations. The city’s cathedral was recently used in ITV’s high-end drama, Victoria.

The ABC Murders will be directed by Alex Gabassi for BBC One, with US distribution handled by Amazon Prime Video.

Television shows that meet a minimum spend of GBP1 million per-broadcast hour in the UK can receive a 25% tax rebate in return. The incentive has attracted a plethora of high-end television content including HBO’s Gentleman Jack and ITV’s upcoming adaptation, Vanity Fair.