Coors and National Geographic partnered for a six-part micro-documentary campaign titled ‘My Next’ which sent two explorers to Iceland and Costa Rica. 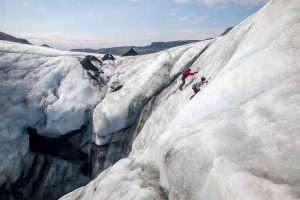 The campaign took two expert adventurers out of their comfort zones to send them on bucket-list expeditions. Submarine pilot and oceanographer Erika Bergman swapped the deep seas for the Costa Rican jungle. On the other side of the world geothermal scientist Andres Ruzo investigated the glaciers and geysers Iceland is renowned for. An online hub will provide interactive maps, photo journals and the documentaries to audiences.

The micro-series is produced by Evolve, an Emmy Award winning studio based in Nashville, Tennessee. With only two weeks available for pre-production, the studio managed to create a sleek awe-inspiring campaign. Evolve founder Joel Edwards states that “these trips really were for adventurers only, we came up against glacier bears, epic storms and tough terrain that required helicopter insertions”. Having worked with National Geographic in the past, Evolve has experience in navigating the elemental challenges that filming in remote locations calls for. Edwards applies a ‘SWAT TEAM’ approach to demanding location shoots by supplying a small, adaptable and multi-skilled crew. 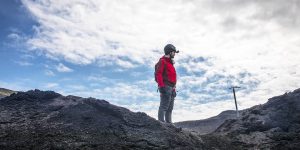 Whilst there are no formal incentives for filming in Costa Rica, the country offers international filmmakers an opportunity to capture stunning imagery. The small country contains 6% of the worlds total biodiversity and a comprehensive range of locations, from beach to jungle, that is uncommon for a country of its size. Our guide, by contributor Jose Ignacio Paris  details how best to take advantage of the small Central American country.

Iceland, on the other hand do have an established film fund and a reimbursement incentive for filmmaking in Iceland but neither incentive applies to commercials. Big productions looking for out-of-this-world settings, such as Game of Thrones, Interstellar and Star Wars Rogue One, have made use of the North-Atlantic Island.