Written by Shona Smith on Jul 27, 2018. Posted in General Interest / On Location

Paramount’s sixth-installment of its Mission Impossible franchise spent EUR25 Million whilst filming on location in France, more than any other feature film to date. Scenes were also shot in the UK, New Zealand, Norway and United Arab Emirates.

The action movie, starring Tom Cruise, spent 36 of its 123 shoot days in Paris. Over the course of the four-week production schedule 350 freelance French production professionals were employed as part of the 5000 members of crew, cast and extras that brought the film to life.

Cruise claimed that while “it is always a challenge” to shoot in Paris, he chose the location specifically because “it is so beautiful, it is a city of cinema”. During a notable chase sequence, audiences are taken on a high-speed action-packed tour as Cruise expertly weaves a motorbike through the city’s streets. 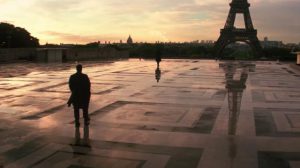 Whilst performing all his own stunts may allow Cruise to live out his action-hero dreams, the actor broke his ankle while performing one such stunt in Paris. The shoot was placed on hiatus until he recovered which significantly affected the production cost while in France. As a result the new installment outspent all of the franchise’s predecessors coming in at a budget of USD178 Million.

The alluring sophistication of Paris combined with the undeniably attractive Tax Rebate for International Production (TRIP), which provides a 30% rebate, makes France a top location choice among producers and execs. To access TRIP productions must meet a EUR250,000 minimum spend and not exceed the per-project cap of EUR30 Million.