Written by Tim Moshansky on Jul 20, 2018. Posted in Contributors / On Location

On Location for Fifty Shades Freed with Tim Moshansky

The next time you see the bathtub scene in Fifty Shades Freed, think of me. I know that sounds weird but I’ll explain it to you before the end of this piece. 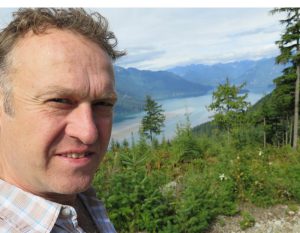 I was fortunate enough to be selected as the lead Location Scout for all three of the Fifty Shades films, which were all shot in and around Vancouver, British Columbia (BC). I had some amazing experiences working on them. When I started scouting for the second and third instalments, one of the locations we were searching for was Christian Grey’s luxury ski chalet in Aspen, Colorado. By a strange coincidence, I got a call from a friend who knew musician Sarah McLachlan’s tour manager. She owned a huge home up in Whistler, BC, about an hour and a half north of Vancouver. The house was brand new and had not been lived in much because Sarah divorced her drummer husband who she built the house with and had it up for sale for USD15 million.

I drove up to Whistler one day in November 2015 and photographed the sprawling home and property that overlooks the scenic Whistler and Blackcomb Mountains. The film’s director James Foley and other creative heads visited the home and loved it so much they ended up choosing the home as a location for the movie.

"We had to figure out how this technologically modern home worked before the shooting crew arrived to film for three days."

As happened on the first Fifty Shades film, I did the advance location scouting but was also asked to work as an Assistant Location Manager (ALM) during the filming of the second and third instalments, Fifty Shades Darker and Fifty Shades Freed. Both movies were shot back-to-back over a period of about six months. There were four ALM’s working on the movies, one on set, two in the office and me. I was the guy who helped prepare the major locations in advance of the crews arriving, and I often stayed around during the filming and the wrap-out. 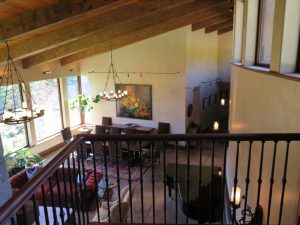 When it came time to look after Sarah’s house in Whistler, I was given the enviable task of staying up in Whistler at the Four Seasons Hotel and helping with the prep, shoot and wrap. We had hired one of Sarah’s close friends, Crystal H, to assist me with the house over the course of the shoot. We had to figure out how this technologically modern home worked before the shooting crew arrived to film for three days.

One day as we were prepping the house with the various departments, Crystal made reference to the “bathtub scene” as written in the script. “The hot water has been turned off.” There was no hot water in the house. We both laughed at how badly it would turn out if they were about to do the scene and realised there was no hot water. There would definitely be some shrinkage!

The “control room” for the house was so modern and sophisticated it was nearly impossible to figure out how to get the water heated up in time for the shoot. Luckily we figured it out in time and there was no delay in filming the scene.

Another bonus for the crew was a private concert from Sarah herself, she played two songs on her grand piano. It was magical, and one of the perks of being “on location.”