Colorado unexpectedly hosted Clint Eastwood this week as he spent two days filming his new film in the state. 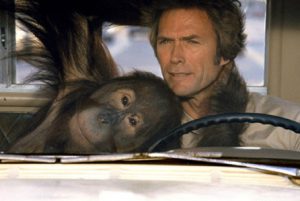 The Mule sees Eastwood play Leo Sharp, an 80 odd World War II veteran who becomes a courier for a Mexican drug cartel. The Colorado scenes will be part of a road-trip sequence that sees Sharp travelling South from Michigan. Originally the scenes were to be shot in Georgia and New Mexico, but at short notice, Eastwood requested that the production included Colorado in their itinerary.

The star filmed much of the 1978 blockbuster Every Which Way but Loose in the state and evidently had fond memories of the shoot. However, attracting big productions to the state has become increasingly difficult since they have slashed their film incentive money by 75%, from USD3 million to USD750 thousand, in 2017.

The latest big-budget production to film in the state was Quentin Tarantino’s 2015 film The Hateful Eight after the Colorado Economic Development Commission approved a special USD5 million incentive package. With a total budget of USD44 million the whole film was shot in the state and employed 168 local crew members.

Commenting on the recent Eastwood shoot, Colorado Film Commission's Donald Zuckerman summed up that whilst “The good news is that we got them for two days, the bad news is that they didn’t hire anybody from Colorado with the exception of security to watch their equipment. They did spend money here, for hotels and restaurants and catering. But they didn’t spend it on crew”.

The current 20% rebate on production spend in Colorado has a relatively low budget cap of USD600,000 and 75% of film must be shot in the state to qualify. Local cast and crew must be used and there is a minimum local spend of USD100,000.

While the economic benefits to filming in Colorado are lacking in comparison to neighbours New Mexico and Utah, there are upsides to filming in the state. Aside from striking settings, Colorado requires few permits for shooting. Those that are needed are offered for no or very little compensation.

Furthermore, the Colorado State patrol are very film-friendly which makes filming road side scenes like those in The Mule painless.  Zuckerman highlights the fact that the crew was impressed because “they said Colorado Department of Transportation and the State Patrol basically opened up the state to them in a way they didn’t experience in New Mexico”.