Written by Shona Smith on Aug 10, 2018. Posted in General Interest

FilmL.A.'s 2017 Feature Film Study reveals where top Hollywood feature films have filmed in the past year

The annual report looks at the top 100 films in the US domestic box office and breaks down both the primary and secondary locations for film production during the previous year. 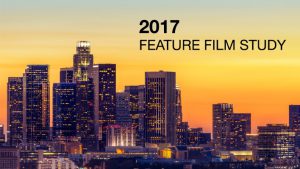 In 2017, Canada replaced Georgia as the most popular location for production globally, having hosted 20 films, up 7 from 2016. The rest of the list follows as Georgia, U.K. California, New York, Louisiana, Australia and France. Over the past five years, the same countries have all traded places among themselves while France and Australia are new additions.

Within Canada, British Colombia reigned supreme hosting principal production for 11 of the top 100 films, while Ontario facilitated 7 and Quebec and Manitoba scored one film each. The report notes that the nation has reaped the benefits of pioneering the creation of modern tax credits for the film industry in the late 1990’s. However, they also note that exchange rates can make relocating to Canada an extremely lucrative move. Even as provinces such as British Columbia and Ontario have trimmed down some credits, with the CAD77 cents to the USD Hollywood productions continue to be drawn North for economic gain. 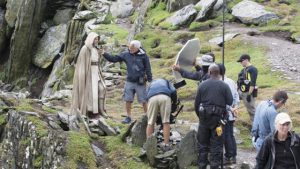 Coming third in the number of productions filmed hosting 15 movies was the UK. Crucially, however they ranked first in total budget value and budget spend within its borders. The UK saw a number of big budget shoots in 2017 such as Tim Burton’s Dumbo, David Yates’ Fantastic Beasts: The Crimes of Grindelwald and Ron Howard’s Solo: A Star Wars Story increasing the U.K’s feature film spend from GBP1.35 billion in 2016 to GBP1.9 billion in 2017. Many Hollywood productions are enticed by the 25% rebate on local spend and well set up studios across the country.

The US served as the primary production location for only 50 percent of the top 100 films in the domestic box office. The report warns that “international hubs such as Canada, Australia, France and the U.K. have all made significant strides in establishing themselves as animated feature film hubs” which are posing a threat to California’s once unrivalled animation sector. Moreover, it notes that this “unfortunately comes at a time when animated features are making up a larger share of the top 100 films released each year”. However, the report does note that since it only looks at theatrically released feature films, it does not reflect the growth of production for streaming hubs like Netflix and Amazon in the US.

FilmL.A. will be returning to FOCUS the meeting place for international production in London on the 4th & 5th of December. Click here to register your interest in the event.