Written by Shona Smith on Aug 7, 2018. Posted in General Interest / On Location

Canadian financial service company KOHO used Kiev, Ukraine as the setting for 13-minute dystopian short film which is the centrepiece of their latest campaign. 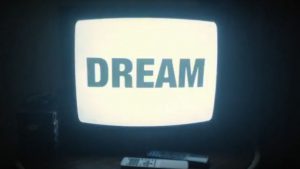 Thieves” is based around a young rebel taking a stand against a corrupt system selling dreams of a better, happier future, only to claw them back while asleep. The short is meant to communicate the disruptive message of the financial service company start-up to their millennial target demographic. Directed by Fleur Fortune, from Parisian production company Division, Toronto based Marketing company Cosette was the brains behind the move.

Kiev provided the perfect location to create the dystopian feel of the short film. High rises, industrial landscapes and cold soviet-era architecture that can be found in the Ukrainian capital created the perfect backdrop for the commercial. The commercial was shot in four days and the location service providers were Kiev based Family Production. KOHO felt that “we worked with the most dedicated crew we had ever seen”. Both day and night shoots were undertaken over four long days to create the 13-minute movie. 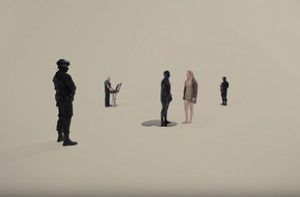 There is no tax incentive programme in Ukraine, but the availability of low cost goods and services has drawn shoots to the country. Commercial productions are particularly inclined to shoot in Ukraine but most of these make use of the impressive fortresses, castles. The KOHO commercial shows another aspect of the Ukrainian landscape to filmmakers.

The decision to develop such a long commercial is not an obvious marketing choice for a recent start-up but Jason Chaney, Chief Creative Officer at KOHO argued that “A great piece can have a global reach with the right influencers behind it. It was a strategic decision to work with the right teams, to invest more in production to create something that would really resonate, than in promotion”. The decision to shoot on location with European production companies allowed KOHO to “work with some of the best creative minds in the world to wake up Canadians to the possibility of a new system”.

The film premiered to an exclusive audience at Toronto’s Fringe Fest in mid-July, and a 2-minute version of the commercial has been debuted in theatres across Alliance Atlantis channels this month.