Written by Shona Smith on Aug 6, 2018. Posted in General Interest / On Location 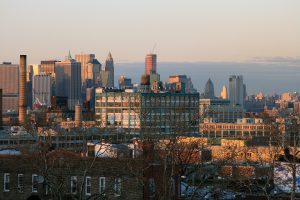 Deputy Mayor Alicia Glen states that “the basic health of the industry in New York is just extraordinary. There’s more production going on here than ever in our history. We are at capacity and we’re bursting at the seams to accommodate all the productions”. The new campus, which the city has committed a USD136 million investment to, is expected to create 1,500 permanent jobs in the sector and provide some much-needed breathing room for in-demand production facilities. 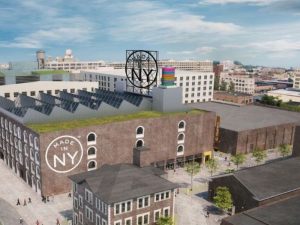 Since New York State introduced its tax credit system for productions filming in the state, the industry has boomed. There has been a 195% increase in applications to shoot feature films in New York City and 2017 was a record-breaking year for the city with 136 films being shot. Producers are flocking to the state which offers a 30% tax credit and puts aside USD420 million annually to reimburse productions.

New York City is not the only beneficiary of the upswing in productions in the Empire State. As part of the incentive programme, an additional 10% credit on labour costs is available to productions filming in specified counties upstate. 2018 runaway horror hit A Quiet Place took advantage of the increased incentive and Shirley, starring Elizabeth Moss (The Handmaid’s Tale, Mad Men) and Michael Stuhlbarg (Call Me by Your Name, A Serious Man) recently shot for three weeks in Jefferson Heights.

In response to the increase in production upstate, the Greene County Film Commission was recently launched and Lumberyard, a newly qualified production facility was also opened in the Catskills region. Together they are applying for a Consolidated Funding Application Grant to launch a marketing campaign which could drive even more production companies to the area.

It seems that New York is looking to fortify infrastructure to capitalize on the amount of productions that want to shoot in the state. The proposed studio in Brooklyn is part of a move to secure the future of production in the state and will have AV and VR capabilities as well as other emerging technology.

Alicia Glen states that the project will respond to concerns about gender, diversity and equality in the sector as proposals which “advance gender equity diversity, and inclusion within the Film, TV, and media production fields, including both above the line positions and below-the-line positions” will be prioritised by the Mayor’s Office. The New York City Economic Development Corporation and the Mayor’s Office of Media and Entertainment announced that they are looking for developers to submit plans for the new space by November. Renovations should be underway by 2020.