Written by Shona Smith on Aug 16, 2018. Posted in On Location / Production News

Principal Photography for To The Stars wraps in Enid, Oklahoma

To The Stars, which wrapped production at the beginning of August, once again places Enid, Oklahoma on the production map. 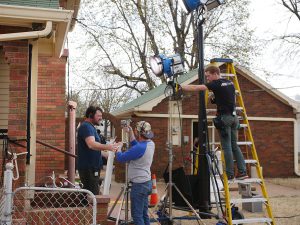 Starring Kara Hayward (Moonrise Kingdom, Manchester By the Sea) and Liana Liberato (The Best of Me, To the Bone), To The Stars is a coming of age story which focuses on the friendship between a shy farmers’ daughter and the reckless new girl in town. The independent feature film is being produced by Northern Lights Films, Foton Pictures and Rockhill Media in association with The Oklahoma Film & Music Office (OF+MO).

The production began in early March, filming in Enid and surrounding region for 18 days, followed by a three-day shoot in Bartlesville in June. While Enid served as the primary hub for this production, the shoot made use of nearby towns Wakita, Kremlin, Hennessey, Pond Creek, Perry and Bartlesville for additional scenes.

Tara Maloy Sofsky, director of The Oklahoma Film & Music Office, said “We are grateful to our film-friendly community partners both in Enid and across the state for their support, which has allowed this production to spotlight Oklahoma’s diverse locations as well as increase positive economic impact among a variety of local businesses across the state”.

Despite being a small town with around 50,000 inhabitants, Enid possesses a certain appeal for feature film producers. The town has now been the primary production location for two feature films in as many years highlighting its status as a film-friendly location. 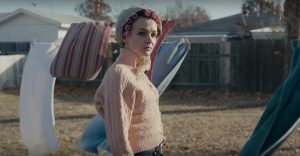 In late 2016, Paul Dano’s directorial debut Wildlife, starring Jake Gyllenhaal (Brokeback Mountain, Nightcrawler) and Carey mulligan (An Education, Suffragette) and produced by June Pictures, shot almost exclusively in Enid and the surrounding areas. Despite being set in Montana, the production spent only 4 days in the state which offers a 14% tax rebate to productions which shoot half their content in the region. 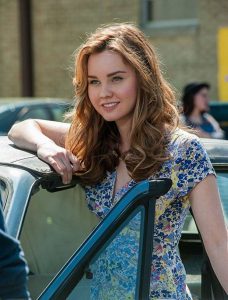 Both To the Stars and Wildlife utilized the Oklahoma Film Enhancement Rebate administered by the OF+MO. Visit Enid Director Marcy Jarrett praised the incentive programme because “Filmmakers working on a small budget have more opportunities to select Oklahoma communities like Enid for their projects”. Moreover, the fact that To The Stars chose to film “here on the heels of ‘Wildlife’ gave Enid residents a huge sense of community pride”. Oklahoma currently offers a base percentage of 35% which is increased to 37% if a minimum of USD20,000 is spent on music recorded in Oklahoma. The incentive is open to national and foreign feature films and documentaries, TV Films and Series as well as commercials intended for TV, theatrical and online distribution.