Written by Shona Smith on Aug 1, 2018. Posted in General Interest / On Location 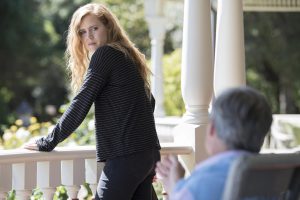 In the latest Gillian Flynn adaptation, a small town deep in the boot-heel of Missouri plays an important role in setting the atmosphere for the psychological thriller. Flynn stated that inspiration began with the setting saying “I always had this idea of a haunted town. Kind of surrounded by woods and missing children…deep in Southern Missouri”.

Due to generous filming incentives in place in Georgia, USA, the production was lured away from Missouri by the southern state.

After a visit to the set by the Missouri Film Commission, Rachel Bauer noted that there was a “consistent, yet sincere message from everyone we met” that it was “their desire to film it in Missouri, but that the incentives in place in Georgia were too good to pass up. A few decision makers even said that if we had just something, even if it wasn’t as generous as Georgia., they would be filming a Missouri story in Missouri”.

Instead, the HBO used Barnesville, Georgia to double for the fictional town. The production spent 20% of its time in Barnesville spending an estimated $300,000 - $350,000 per day while on location. Although the town is only a one-hour drive from the filming hub of Atlanta, it had not hosted a major production since the 1970s. 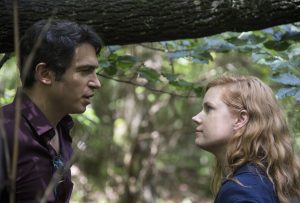 Throughout the shoot, Director Jean Marc wanted a complete shutdown so that the town felt like a ghost-town. Officials were happy to oblige, and local businesses were compensated for loss of income. Executive producer Gregg Fienberg declared “I can’t imagine the town being more cooperative. It almost felt like the town was our own back lot”.

The Netflix series Ozark, whose plot spotlights the Missourian Ozark region, similarly relocated to Georgia in favour of the incentives programme.

The Georgia incentives start with a 20% rebate on local spend, this jumps to 30% if content contains a Georgia state logo. There are no limits or caps and the rebate applies to both in-state and out-of-state works.

Kansas City Rebate, on the other hand, allows for a 10% rebate for productions and has more stringent qualifications than Georgia's. A minimum 25% of a film must be shot in the region accumulating to 200 shoot days.