The first episode of the BBC's The Bodyguard has aired this week. The six-part crime drama from the makers of Line of Duty filmed scenes in and around London over a six-month period. Production had to make sure members of the public were not alarmed by the startling scenes during filming. 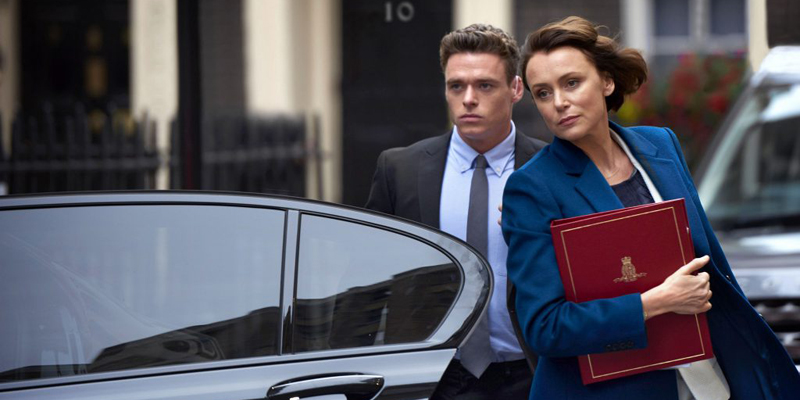 The series stars Richard Madden (Game of Thrones, Cinderella) as David Budd, a heroic but volatile war veteran who is assigned to protect the Home Secretary, played by Keeley Hawes (Line of Duty, The Durrells). Budd finds himself torn between his duty and his beliefs as protector of the powerful politician.

Created by Jed Mercurio and produced by World Productions, the team behind Line of Duty spent six months shooting in and around London between October 2017 and March 2018. Madden’s character is part of the Royalty and Specialist Protection Branch (RaSP) of London’s Metropolitan Police and the show explores the relationship between police and The Home Office. Set in the corridors of power, delicate topics of foreign policy, national security and terrorism are central to the plot.

Climactic moments were filmed in public spaces throughout the capital. For The Bodyguard, Southwark and Camden residents observed climactic scenes involving police patrol cars and armed police. Everett recalls “in the show Richard Madden’s character David lives on the Stoneleigh Terrace Estate in Camden. At one point in the series, with a bomb vest strapped to him, police escort David back to his flat”. “Close liaison with residents” made the shoot possible and generous donations were made to tenants and residents associations.

With anxiety high over the threat of terror attacks in the capital, production went to extra lengths to ensure members of the public were made aware of the filming. Karen Everrett of FilmFixer noted that “real Met police were present to reassure the public that there was no real threat. This is a common filming requirement in London, particularly for TV shows reflecting typical story lines, that play very effectively against real fears on the minds of viewers”.

TV and feature films are consistently attracted to filming in London due to its deep crew base and film friendly locations and versatile settings. ITV’s soon to be aired Vanity Fair also utilised London locations for its period drama, while newly released Yardie transformed estates around the capital into 1980’s London.