Written by Shona Smith on Sep 20, 2018. Posted in On Location / Production News Zachary Quinto (Star Trek, American Horror Story) stars as Charlie Manx, the show’s villain who is on the run from Vic (Ashleigh Cummings), a young blue-collar New Englander who discovers supernatural abilities in her quest to defend Manx’s victims without falling prey to his ways. The show will premiere in 2019 on AMC. Showrunner ad creator Jami O’Brien, who turned the best-selling novel NOS4A2 into the series for AMC, is an expert in creating dark and tense TV having worked on both Fear The Walking Dead and Hell on Wheels. O’Brien stated that “I am so excited to be able to shoot our scary, New England fantasy horror show in New England. Rhode Island offers us such a great variety of looks and a priceless feeling of authenticity – not to mention clam cakes and cabinets!”.

Rhode Island has a steady stream of production taking place in the state, but Steven Feinberg, Executive Director of the Rhode Island Film & TV Office noted that “because AMC is a top-notch network and this series, “NOS4A2”, is highly creative with award-winning talent attached. It’s a special moment in time for Rhode Island”. 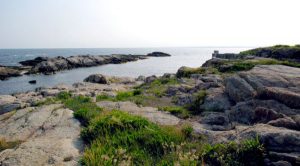 He goes on to explain that “this is a prime example of the public and private sectors working together to build a positive environment for the creative economy to shine. We are extremely happy that AMC has decided to make television history while providing good jobs for many local artists and hard-working technicians from across Rhode Island. This is exactly the result we’ve all been working towards for the past few years”.

Rhode Island has a competitive and comprehensive Tax credit program. Any type of production from feature film and TV series, as well as commercials, post production and video game productions qualify for the state’s competitive 25% benefit. 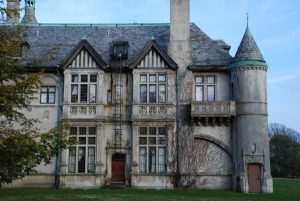 There is a financial cap of 5,000,000 per project but this will be waived for qualifying motion picture and TV productions. Production budgets must exceed USD100,000 and 51% of productions must be shot in the region and there is a USD15 annual budget for the credit program.

The incentive enjoys strong support from the state government. Governor Gina M. Raimondo supports the state’s tax credits as she explains that ‘every time a production shoots here we see a positive impact on our local businesses. This is the type of energy that keeps moving our economy forward’. Nicholas A Mattiello agrees with Raimondo commenting that ‘The House of Representatives has always been very supportive of the filmmaking industry because we truly recognize the benefits to our state’s economy”.