Written by Shona Smith on Sep 12, 2018. Posted in General Interest

Facebook premiered its first ever high-end series for Facebook Watch at the Toronto Film Festival on Saturday. The social media networking site will distribute the series on its Facebook Watch platform over the next four weeks, starting on Tuesday the 18th September. 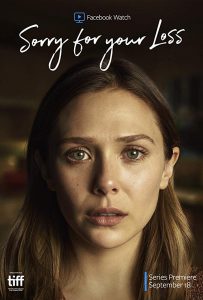 The series Sorry for your Loss stars Elizabeth Olsen (Avengers, Ingrid Goes West) in the role of a young lady who unexpectedly loses her husband, following her as she copes with the sudden loss. Jovan Adepo (Fences, Mother!) and Kelly Marie Tran (Star Wars: The Last Jedi) are also cast in main roles for the ten half-hour episode series.

Facebook Watch launched in 2017 but the platform which focuses on live event coverage, short science documentaries and reality formats has failed to make a splash. Sorry for your Loss by contrast is a  more serious, character driven piece with big names attached. As an introduction to Facebook Watch’s high-end output the series makes a bold statement. Moreover, by premiering the show at Toronto Film Festival, Facebook are signalling to its Silicon Valley rivals that the social media giant is looking to produce award-worthy content for Facebook Watch. 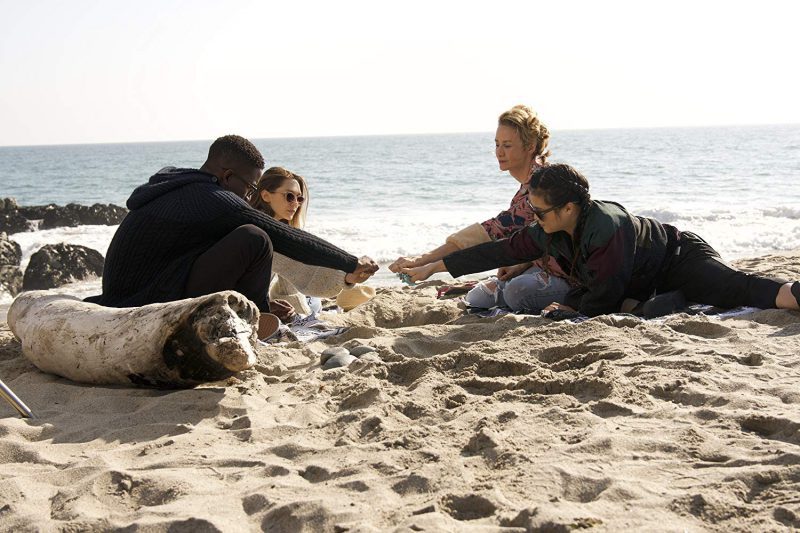 Writer and creator Kit Steinkellner argues that despite Facebook having yet to establish itself as a home for high-end drama, the genre does complement the platform, noting that Sorry for your Loss “in some ways this comes in a long line of shows and movies about loss. But I also like the idea of media meeting message. Facebook is a place where I hear most deaths, most births, most marriages. It made sense for them to do a series about these life events”. Facebook’s Mina Lefevre substantiates this point, saying “we all know that a lot of times a lot of emotion is shared on Facebook…it felt like the natural place for it”.

Some may question whether the Facebook Watch platform will be able to puncture through the already crowded streaming landscape, but more people than ever are looking for new ways to consume content. As the leading social network worldwide, the platform currently has over 2 billion active users around the world the platform has a ready-made audience.

The potential for Facebook Watch to become the incoming challenger to established streaming platforms may lie precisely in the community it has behind it. Steinkellner is hopeful that this is the case, stating that “Facebook really changes the game” because “you are watching on a platform where the conversation is happening right below”. Sorry for your Loss fits this. We deal with some really sensitive tricky topics. The resources are right to the side. The interactivity is so important to this show…we aimed to create the most dynamic conversation we could. We are on a platform where we can have that conversation with our viewers which is thrilling”. Show communities will no longer have to turn to Twitter, or Facebook as a ready-made community will accompany the show. Facebook’s roll out of high-end content will continue in a different tone when it launches Queen America in late November. The comedy has placed Catherine Zeta Jones as a judge in the cutthroat world of Oklahoma beauty pageantry.

Facebook Watch will also increase its output of un-scripted programming over the coming months. In news announced today, the BBC have been selected as the first publisher outside the US to create a news program on Facebook Watch. The program “Cut through the Noise” will be a weekly made-for-mobile show to be presented from the BBC News Washington bureau or from the field.

Jim Egan, CEO of BBC Global News commented that “Social media is an important source of news and information for many Americans, so we are always looking for new ways of bringing our audiences high quality, non-partisan news coverage they can trust from around the world”.

The announcement follows a commitment by Facebook to provide “trustworthy, informative, and local” news to its users, after recent allegations were levelled at the website over the spread of fake news.