London and Vancouver screen agencies sign a memorandum of understanding

Film London and the Vancouver Film Commission have signed a memorandum of understanding (MOU) to recognise and enhance the creative and business links between the two cities. The memorandum was signed today at the Toronto International Film Festival. 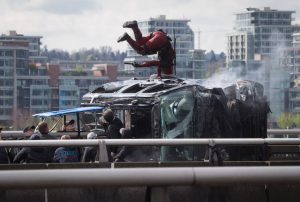 London and Vancouver are two of the most in demand production hubs on either side of the Atlantic. Each city regularly secures big budget feature films and TV productions because they boast excellent infrastructure, are home to market leading companies from pre-production through to post-production and offer a wealth of local talent. Canada recently topped FilmL.A’s 2017 Feature Film Study after hosting primary production on 20 of the top 100 feature films and revealed that British Columbia provided the base for over half of these films. Meanwhile, the UK ranked third in the study where London is the most dominant hub for international productions.

The MOU stems from the predication that stronger links between the two cities will maintain current levels of production and continue to build the sector into the future. Both Film London and the Vancouver Film Commission recognise “the status of film, TV, games and digital media sectors as significant economic drivers for both cities and will see the two screen industries agencies work collaboratively to maintain, build and grow opportunities for the benefit of both regions”.

Under the MOU the two commissions will work together to “scope out business collaborations and opportunities for cross-promoting companies and their IP at key international events and markets, as well as supporting companies that have an operational presence in both cities”. The announcement also states that “the two bodies will also pool knowledge and expertise on key issues such as gender equality and environmental sustainability”. 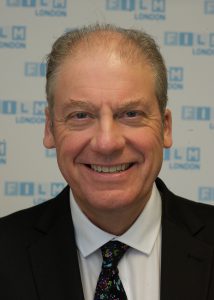 Adrian Wootton OBE, Chief Executive of Film London and the British Film Commission, said: “While we can’t deny the sense of friendly competition we have with our friends in Vancouver, our two cities also have a long and storied history of collaboration. The global nature of our industry means major productions often work across different territories, and we believe that by adopting a spirit of intelligent competition we can work collaboratively to ensure companies with a presence in both cities can benefit from our combined years of experience, know-how and market knowledge” 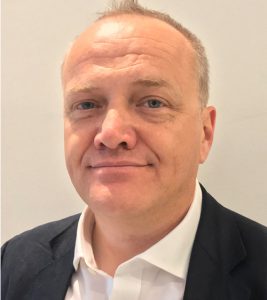 David Shepheard, Director of the Vancouver Film Commission agrees, explaining that “this agreement leverages the strong business relationship between Canada and the UK – especially the frequent interplay between London’s and Vancouver’s creative industries. With so many connection points already in place, we look forward to working with our counterparts in London to explore and tackle the challenges common to two of the world’s top global production hubs while collaborating on ways to leverage and develop future opportunities”.

Support for companies in the post-production and visual effects industry will be a focus of the MOU. The sector has seen investment in both cities in recent years with leading companies having a presence in both London and Vancouver. Industrial Light & Magic is one such company that could benefit from increased support under the MOU due to its presence in both cities. The firm, which is a division of Lucasfilm and a world leader in special effects, opened offices in Vancouver and London in 2013 and 2014 respectively.

The UK offers a tax rebate of 25% to national and co-produced High-End TV and Film productions. Film London also offer a Tax Relief scheme for video game’s that qualify as British productions.

Film London will be exhibiting at FOCUS the meeting place for international production in London on the 4th & 5th of December. Click here to register your interest in the event so you can find out more about filming in London.