Written by Shona Smith on Sep 3, 2018. Posted in General Interest / On Location 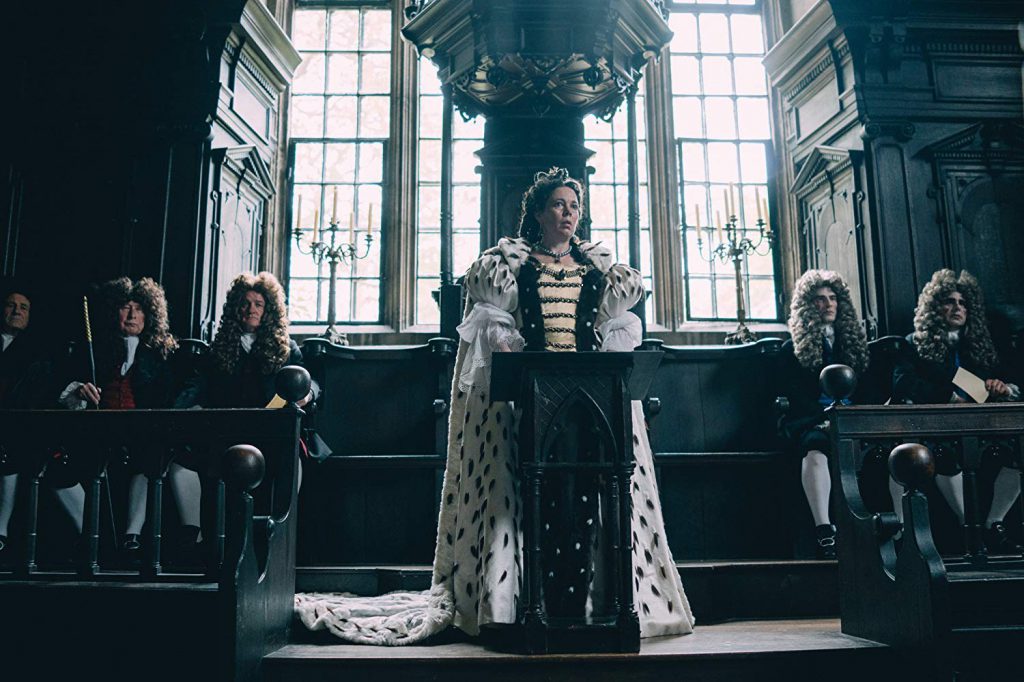 In the darkly comic world of The Favourite, Hatfield House hosts the court of Queen Anne, portrayed by Olivia Coleman (The Lobster, The Night Manager). Set at the start of the 18th century, Emma Stone (La La Land , Easy A) and Rachel Weisz (The Whistleblower, The Bourne Legacy) complete the trio of female leads who jostle for power in a raucous reinvention of the classic palace intrigue narrative.

The story almost entirely takes place in the confines of the royal palace so finding the right location was critical in making the story come to life on screen. Lanthimos noted that “From the beginning, I had this image of these lonely characters in huge spaces”. Filmed almost entirely at the country estate located 20 miles north of London, the production staged scenes in the house’s long elongated corridors, spacious drawing rooms and grand staircases. 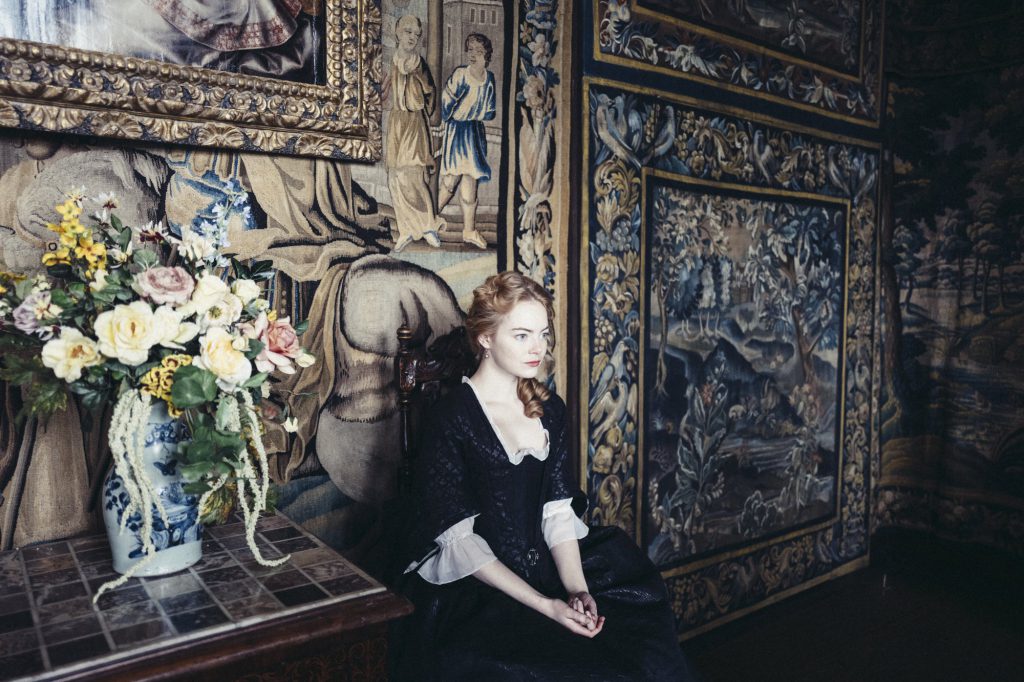 The chequered black-and-white marble floor in the Great Hall was the inspiration for production designer Fiona Crombie’s colour palette which was made up of a monochromatic field of golds, champagnes, pineapple an oak tones. Crombie adds that creating a visually complete world was imperative because “a character will walk into a room and you get this incredible wide-shot – we’re talking seeing from the floors to the ceilings to the corners. You see everything”.

The production made huge alterations to the interiors of the House to achieve the desired feel. Crombie notes that “to create Queen Anne’s room we stripped out lots of incredible paintings, furniture and drapes so we could just put our own language into it”. 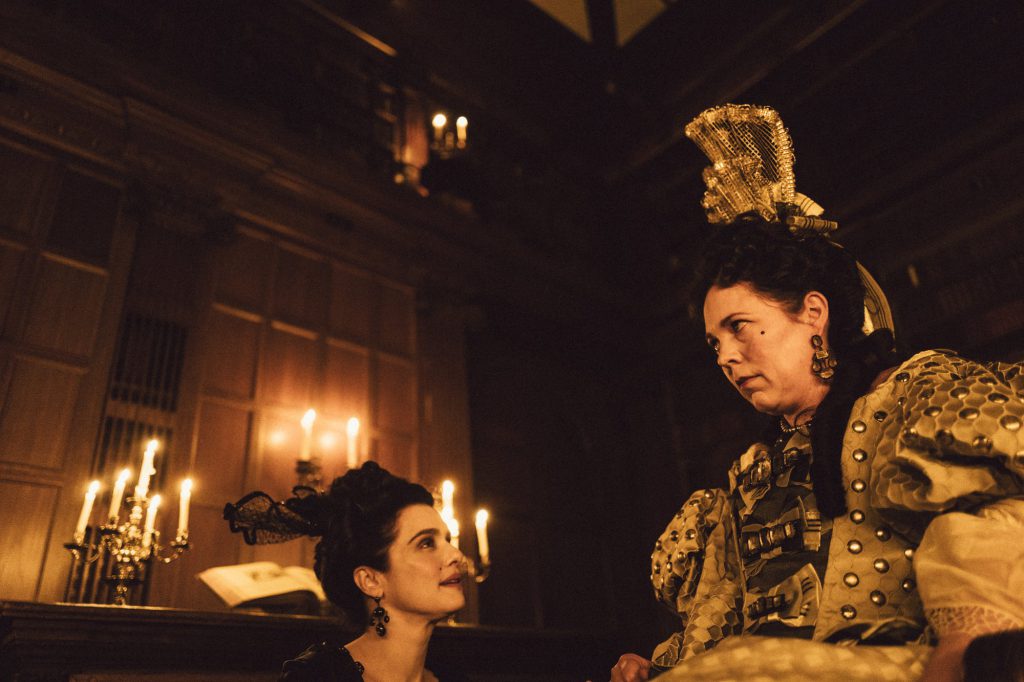 In Lanthimos’ signature style, The Favourite barely used artificial lighting on set, opting instead to use natural lighting, which caused some challenges for the production team as candlelight was employed to illuminate night scenes. Crombie recalls that “as you imagine, there are very strict protocols about managing candles”, especially since Hatfield House houses so many valued artefacts. Crombie adds that “we had to use an enormous number of wax catchers. But the people who manage Hatfield were very supportive and we negotiated and negotiated, and we would be able to do a vast majority of what we wanted to do”.

Hatfield House has provided the setting for numerous feature films and TV series. Due to its location only 20 miles from the heart of London, and in reach of Pinewood, Leavesden and Elstree studios, the estate has seen several big-budget production pass through its grounds. Period pieces such as The Crown and the BBC’s Taboo, through to DC's Wonder Woman  and both Paddington 1 & 2 and have been drawn to the estate’s large gardens and well-preserved historic house.

The UK has a Film Tax Relief  incentive in place which offers a rebate of 25% to national and co-production films that decide to shoot 10% of the film in the country. There is no financial cap to productions allowed to access the rebate.