BBC’s Informer filmed throughout London for the thrilling new series set in the modern-day capital. 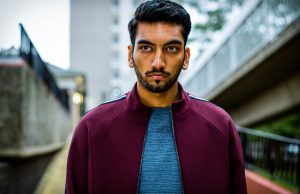 Produced by Neal Street Productions for the BBC, the character driven series follows a young man forced to become a police informant. Described by the BBC as a study of undercover counter-terrorism operations, Informer delves into a murky world where spying on friends, family and neighbours turns the personal into the political. Paddy Considine stars as Gabe, the counter-terrorism officer who recruits Nabhaan Rizwan, playing Raza, the informer.

Producer Julian Stevens said, “The story being set in London was one of the key things that appealed to me… I wanted to see my city shown in a way that it often isn’t… the less sexy, less glamorous locations go unnoticed. It’s in those hidden corners and in the shadows that this story comes alive. There are all shades of life, joy and happiness happening in London and we had a chance to go into those places and tell a compelling story. London’s a unique city, it has people from all walks of life, all cultures, all races and I think this show does too”. 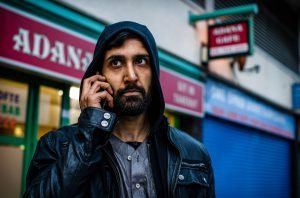 To achieve the milieu of modern London, production filmed on location in the London boroughs of Bexley, Bromley, Lewisham, Southwark, Islington and Kingston and seventy Thamesmead residents were offered roles both in front of and behind the camera. Twenty locals were cast as extras and a local young person helped out with stunt ideas. Karen Everett CEO of FilmFixer, who manages the film office for Peabody Estates including Thamesmead  noted that, “The production worked so well with Thamesmead residents that they opened their doors to allow cables to be plugged in, if need be, and made all sort of other offers to help”. The housing estate in east London is often used for filming, having most notably been the main filming location for Misfits. 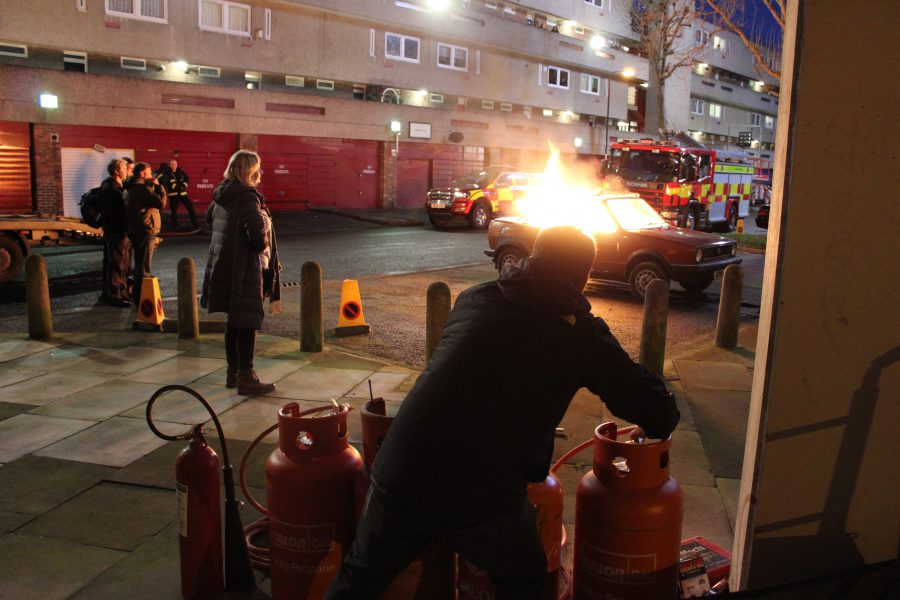 The fictional estate where Raza lives was made up of several London locations including the Silverlock in Charing Cross and Birch Close in Peckham. Some of the most dramatic scenes in the series were filmed in Thamesmead as well as shots of the everyday life of Raza’s family and friends.

Elsewhere in the capital, Surrey Quays’ Printworks, the striking 6000 capacity London club was transformed into a deportation centre. Shops and community centres were taken over including The Family Halal Butcher, Luggage & Mobile Accessories and The Albany Arts Centre on Deptford High Street.

Stevens noted that “I don’t think you could have set the story in another city. London is so rooted into this piece that trying to fake it would have been counterproductive and would have lessened what we’ve got. It’s a big city to get around, it’s congested and noisy and not cheap but our team rose to the challenge” adding “It helped that we had knowledge of the challenges that London can present. We filmed in quite dense housing areas where there are a lot of people who don’t want to be disturbed. We reached out to locals early on to try to and involve them...We came out of that with some brilliant supporting artists and really friendly local residents who let us use their houses as holding and rest areas”. 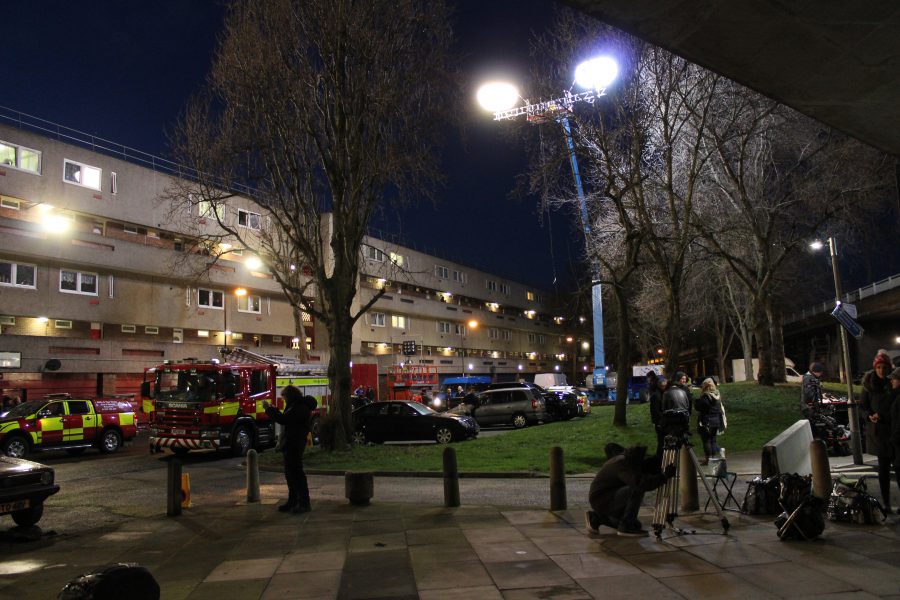 The programme also highlights the changing nature of living in the city. Stevens explains “It’s interesting to see Raza’s character going to the hipster flat in episode one and interviewing for a loft in a place that he’s been living in his entire life. These people have only been living there for a couple of years and the scenario is quite common to London now. People come in and make an area their own but that in turn pushes people out. Raza moves through those worlds and adapts himself to them every day. He rubs shoulders with members of his local communities and the newcomers”.

The series airs on Tuesdays at 9pm on BBC One.