Written by Shona Smith on Oct 9, 2018. Posted in General Interest

The production spend which would not have taken place without the tax reliefs, referred to as additionality was worth GBP4.1 billion to the UK economy in 2016. Each pound of tax relief provided generates a GVA return of GBP7.69 for film, GBP6.10 for high-end television and GBP4.00 for games. 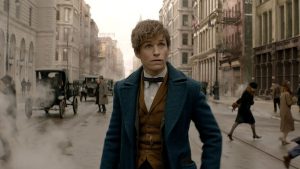 An estimated GBP6.32 million in tax relief seeded GBP3.16 billion in direct production in 2016, a figure which has doubled over the nine years since the feature film tax relief was introduced. Incentives supporting film, high-end television, video game development, animation and children’s television are currently in effect.

Spend by inward investment and international co-productions across all five sectors totalled GBP2 billion in 2016, underlining the valuable role incentives play in the wider UK economy. For the film and high-end TV sectors, inward investment constituted 76% of the total production spend. For the film sector record levels of investment totalled GBP1.38 billion – an increase of 11%. Meanwhile, the high-end television production sector saw a 28% rise, documenting GBP554.2 million of inward investment. More than 137,000 full-time equivalent jobs were generated, in 2016, outstripping the wider economy. 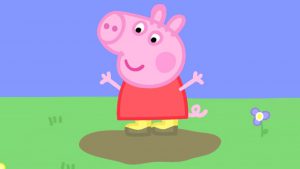 Netflix's Emmy Award winning The Crown, Warner Bros.' Fantastic Beasts and Where to Find Them and Peppa Pig were put forth as examples of screen content aided by the Incentives.

Minister for the Creative Industries, Margot James says: “The UK is a creative powerhouse for producing many award-winning films, shows and video games enjoyed by millions globally. These fantastic statistics show investment in our screen industries is booming and government is committed to supporting their continued success through our tax reliefs and modern industrial strategy, which is helping our creative sectors go from strength to strength". 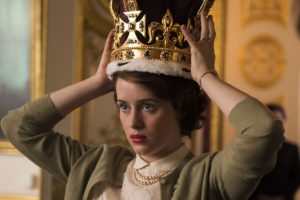 The Video Games Tax Relief was introduced in 2014 to ensure the UK remains at the forefront of a rapidly growing sector. Direct spend on video games development went up by 70% between 2015 and 2016. Dr Jo Twist OBE, CEO Ukie, the UK trade body for games and interactive industry, said “the video games tax relief is an effective incentive to companies making games with a uniquely British and European flavour and UK-based talent, that otherwise might not have been made” adding that “the video games tax relief is so important in providing confidence and certainty to the ecosystem we have in the UK and we look forward to its continued influence”.

Regional hubs of production are also seeing the direct benefits of tax relief supported production. The report states that more than GBP850 million of private sector investment has been poured into strengthening facilities across the UK since 2013. The evidence is on the ground, as new and developing studio spaces able to service the growth of production span the country. Wolf near Cardiff, Pentland in Scotland, Church Fenton in Yorkshire, Belfast’s Harbour Studios, Dagenham in London, Shepperton Studios, Longcross Studios, Elstree Studios and the Littlewoods building in Liverpool are examples of this expansion.

Demands on skilled professionals now is a major focus for continuing the growth.  The BFI’s announced the GBP19 million investment plan supported through the National Lottery is expected to provide 10,000 new entrants to the talent pool across the sectors.