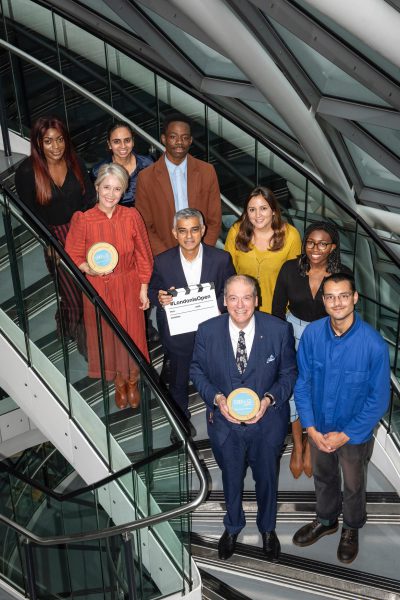 A recent report for the BFI shows that just 3% of production personnel working in the UK film and screen industries are from minority ethnic backgrounds, 20% are women and 5% identify as disabled. The Equal Access Network offers career support and bespoke advice to starter, mid-level and returning employees. Having launched in January, the scheme has already provided training and opportunities for over two hundred and fifty participants, with the network comprising of one hundred and fifty-nine female members and one hundred and sixty three BAME.

The significant investment from the Mayor of London will allow the network to expand its work, hiring more training providers and working with employers across London. The network aims to grow its pool to three-hundred members and get a hundred and eighty people into paid work in the next year. Masterclasses, workshops, CV surgeries and mentoring schemes will also be facilitated with the money.

Mayor of London, Sadiq Khan said “Londoners from all backgrounds should be able to see themselves and their stories on screen. By supporting the Film London Equal Access Network, we can encourage employers to improve recruitment processes and ensure all Londoners have access to the career opportunities the growing film industry provides”.

Leading industry firms including HBO, Sony Pictures Entertainment, The Ink Factory and Working Title Films have also committed to supporting the Equal Access Network. These partners will provide paid internships for new starters from the talent pool, ‘returnships’ for parents and caregivers re-entering the industry, speakers and mentors for masterclasses and networking events. Simon Cornwell, co-founder of The Ink Factory noted that “on top of being an essential and worthwhile cause, we have seen brilliant talent coming through the initiative to work with us, who’ve made a real contribution to our company”.

ScreenSkills High-end TV Skills Fund has also awarded funding to Film London to deliver a new, nationwide returnship programme for the post-production and VFX sector for High End TV. Eight parents and carers looking to return to the sector after a career break will be re-trained and assigned placements at companies including Milk VFX, The Farm, DNEG and Outpost. As Kaye Elliott, Director of High-End Television at ScreenSkills explains, “the pace of technological change in VFX and post-production creates particular problems for parents or carers returning to work in these areas” adding “we hope this programme will offer constructive help for them”.

Adrian Wootton OBE, Chief of Film London and the British Film Commission commented “at a time when there is much discussion about diversity and inclusion, I am delighted that both the Mayor of London and this incredible roster of such high calibre industry partners are working with us on the Equal Access Network to support and deliver a highly practical and pragmatic response, leading by example at the forefront of change. With such investment and commitment, we are looking forward to securing more paid opportunities in film, TV and post-production than ever before.”

As the recent report on the UK screen industries Screen Business demonstrated, the growth of the industry has seen outstanding growth year on year. More so than ever there is a need to invest in the capital’s creative workforce, addressing the risk of a skills shortage. Initiatives such as Equal Access Network will champion inclusion and provide essential resources to meet this challenge.

Film London will be attending FOCUS 2018 in London on the 4 & 5 December. Register here to receive your free delegate badge and explore the possibility of shooting in London, and many other fantastic locations.