Korean outdoor apparel brand NEPA decided to use iconic New York City locations to showcase their latest line of clothing. MediaCombo serviced the shoot and found the locations which would add urban glamour to the spot. 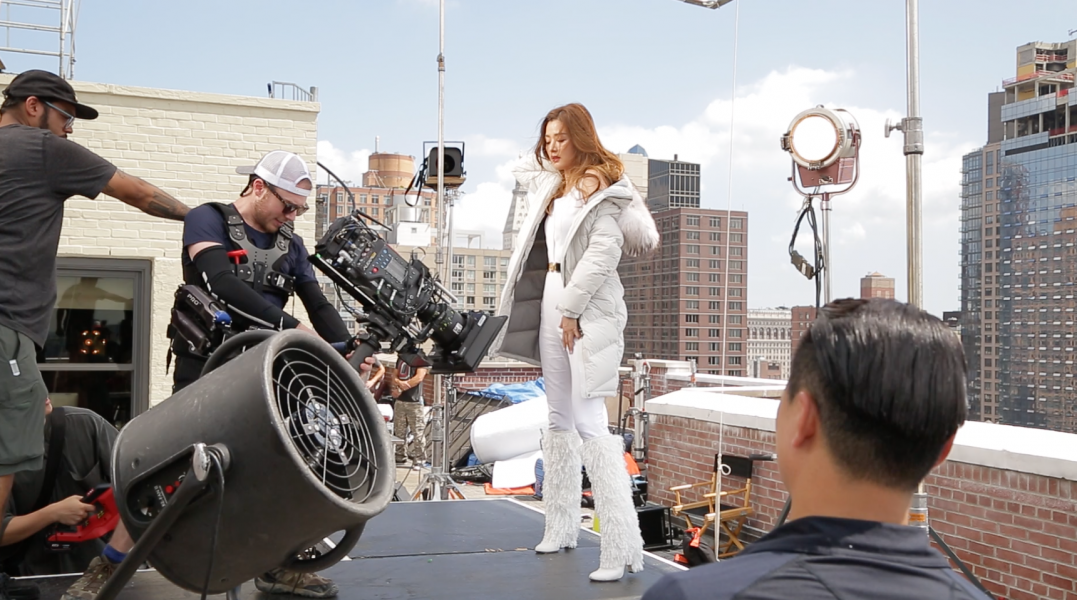 The twenty-four second spot starts with an aerial shot of a mist covered skyscraper and Korean actress and model Kim Sun-Young makes a dramatic entrance on a steel platform lowered to the rooftop via crane. 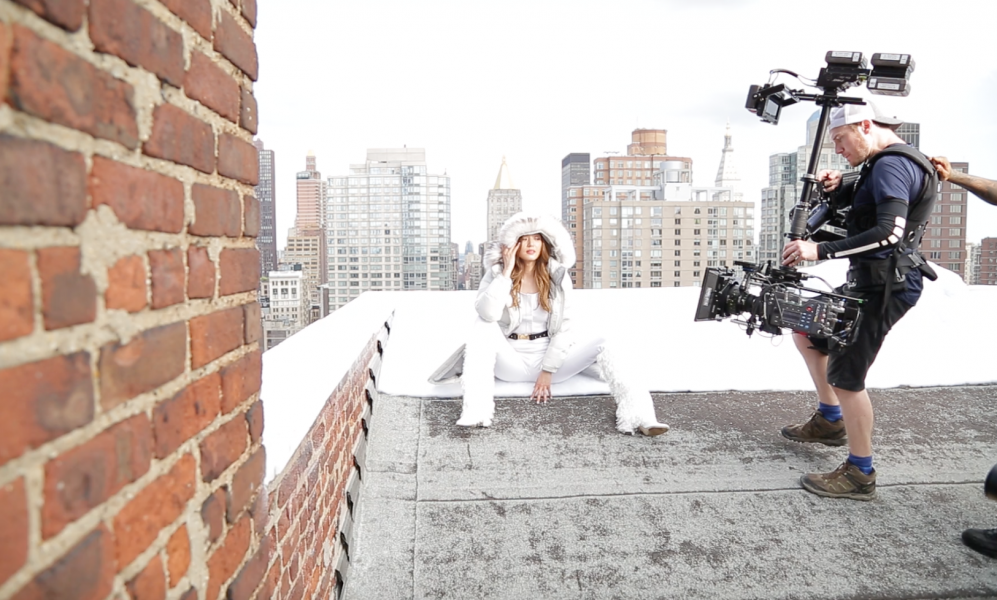 Tasked with finding iconic New York locations MediaCombo scouted settings that provided impressive views of the city skyline. A combination of rooftop locations with dramatic backdrops were found in midtown Manhattan, a river front lot in Greenpoint and at Brooklyn Bridge Park which allowed for striking visuals of the city to be captured at juxtaposing angles.

The advert showcases NEPA’s range of winter garments and evoked a winter atmosphere with icy tones, windswept hair and falling snow. The shoot took place in July, when New York typically reaches over 32C. To overcome the obvious challenge, the production suspended a snowmaking machine from a construction crane so that snow could drift over the scene. 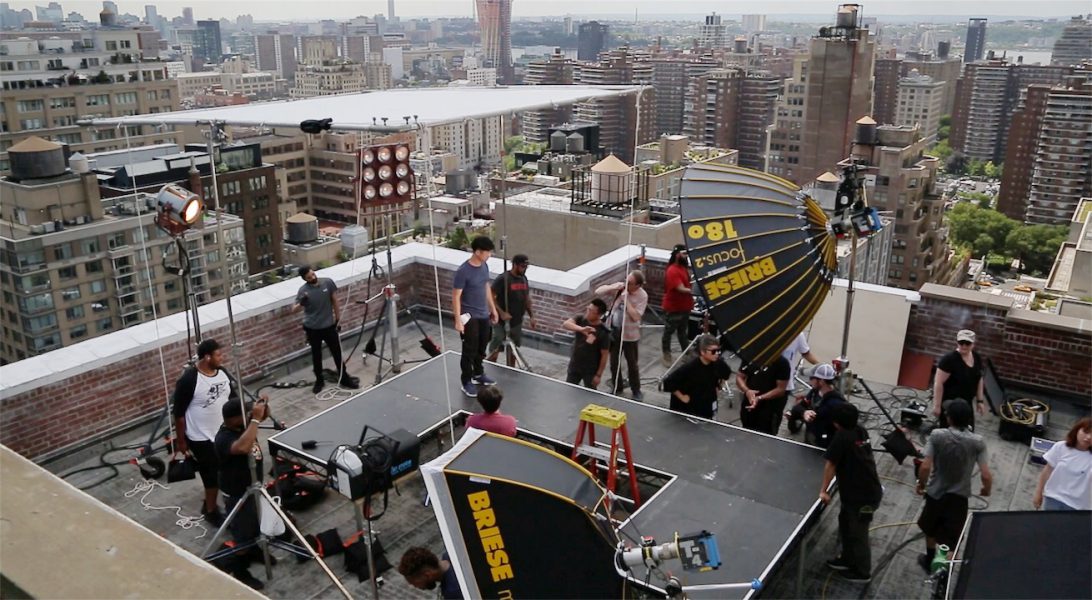 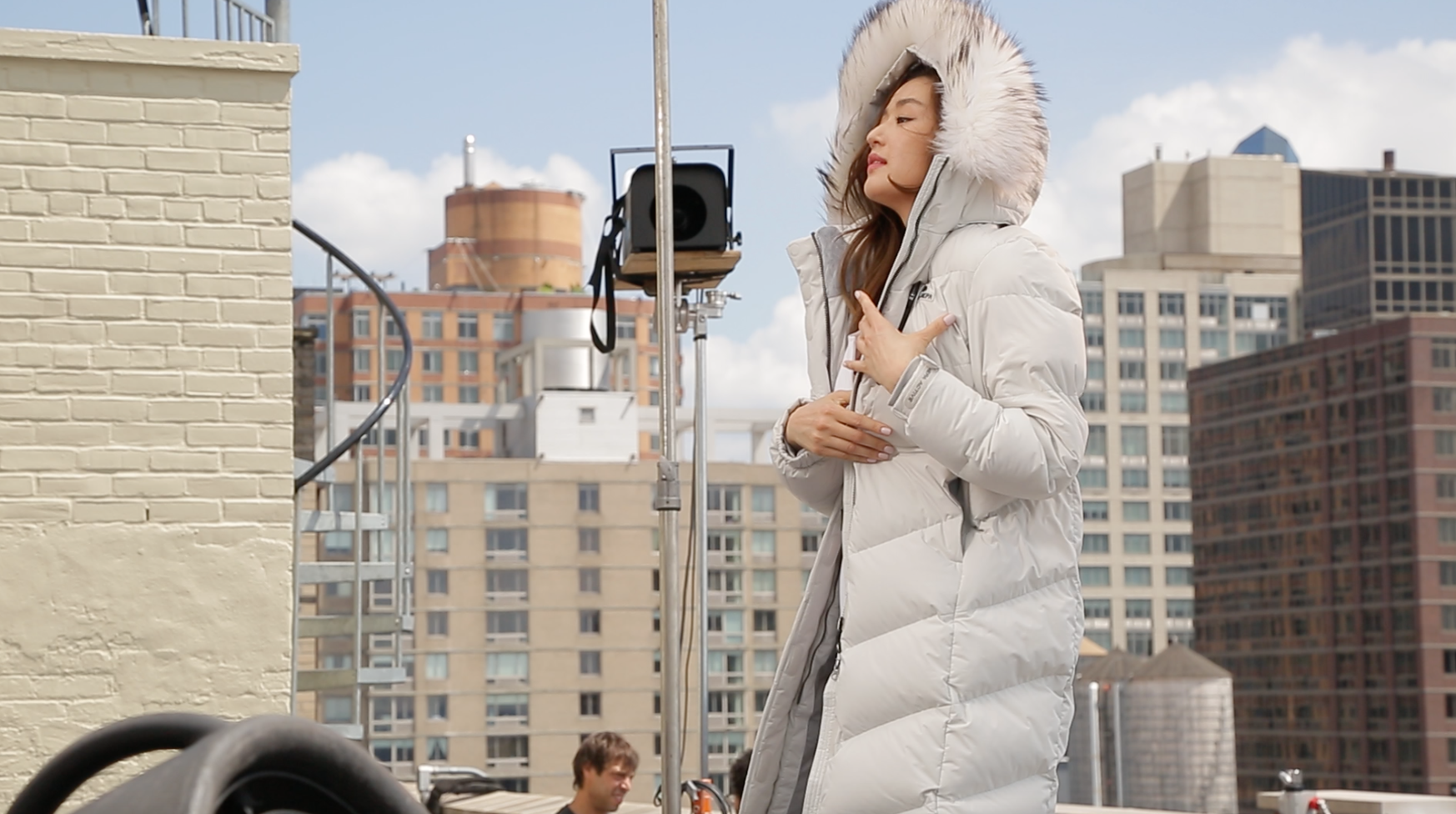