Netflix’s Lost in Space filmed on location in Iceland

The second series of Netflix’s re-imagined sci-fi classic Lost in Space carried out shoots on location in Iceland.

Produced by Legendary Entertainment for Netflix, the series follows the Robinson family who, after crash-landing on an alien planet, must fight to survive while being threatened by the hidden dangers surrounding them. Set thirty years in the future, the show heavily relies on CGI to create mesmerising shots of the dramatic landscape and unknown creatures that live within.

The first series shot in Canada, centred in British Columbia, Canada, at locations including the city of Vancouver, the awe-inducing area of Squamish and Kamloops. However, for the second season the production ventured to Iceland for key shots. Iceland’s Pegasus Pictures serviced the shoot which lasted for five days 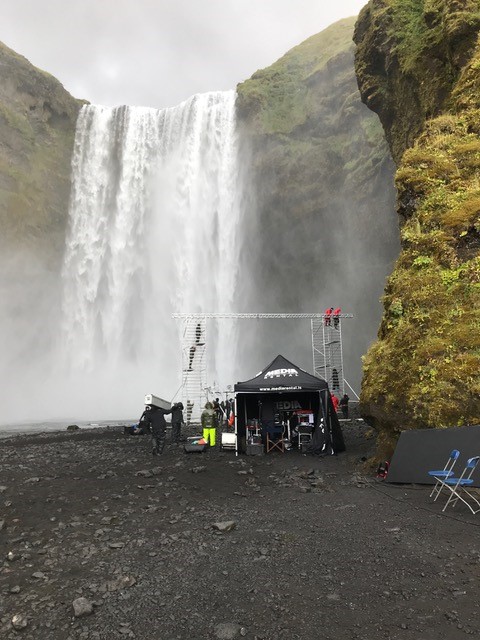 Two locations were used, right up against the waterfall of Skogafoss and on the broad black beach west of Cape Dyrholaey. Einar Thordarson from Pegasus Pictures who serviced the shoot explained that “they needed the proximity with water and to feel the power of the water. In both of these locations you certainly feel that, so they were right for all the elements they wanted to come together”. Both found on the south coast of the island, they are a two-hour drive from the capital of Reyjavik.

The locations on offer in Iceland are known to be unique. Alex Graves, who directed episodes of Game of Thrones in the country, also serviced by Pegasus Pictures, returned to Iceland to direct the scenes for Lost in Space. Thordarson notes that the fact Graves “knew the raw landscape and the crisp beautiful light and that we have a lot of waterfalls and black sand beaches” from previous shoots may have encouraged him to return to capture bewitching visuals apt for Lost in Space. 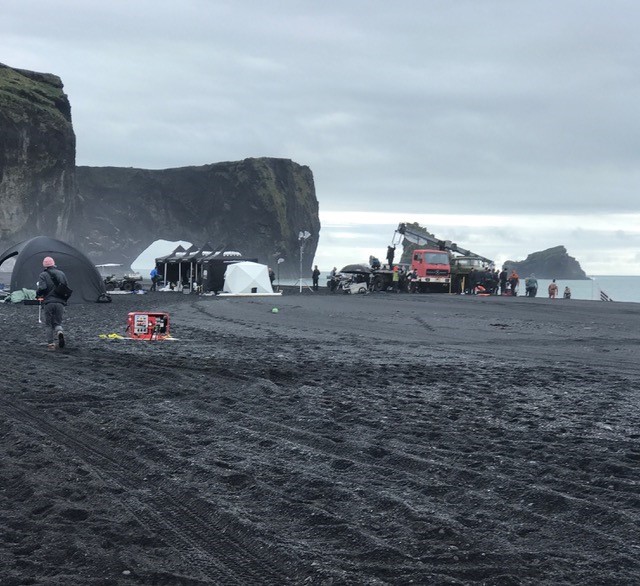 No local cast was used, but with their cast and a mix of their crew and Icelandic crew, around one hundred people were involved on the shoot. The main challenge on the shoot was finding the special light conditions that the production needed. Einar notes that “we ended up having to change our original plan on short notice”. However, since the two locations were only forty minutes apart, swapping when needed did not require too many logistical complications. Einar adds that “normally one of the advantages of shooting in Iceland is the flexibility we have to change locations quickly”.

Additionally, he says “the weather is of course changeable on an island in the Atlantic, and we had to plan according to forecasts to avoid a storm threatening to blow parts of our sets away. Our art department knows how to deal with these tough conditions and worked hard to secure the set”.

Lost in Space is the result of Netflix Canada, the streaming services first permanent production presence outside the US. Established in 2017, the company committed to spending a minimum of half a billion dollars in production in Canada over five years. Lost in Space was one of the first productions to receive investment alongside hits including Altered Carbon and Anne with an E.

Pegasus Pictures and Film in Iceland will be exhibiting at FOCUS the meeting place for international production in London on the 4th & 5th of December. Click here to receive your free delegate badge and explore the possibilities of shooting in Iceland.