Described by the BBC as “a complex tale of espionage, betrayal and polygamy’, Mrs Wilson, the new three-part miniseries airing on BBC One, sees lead actress Ruth Wilson (War and Peace, Luther) take on the role of her own grandmother. 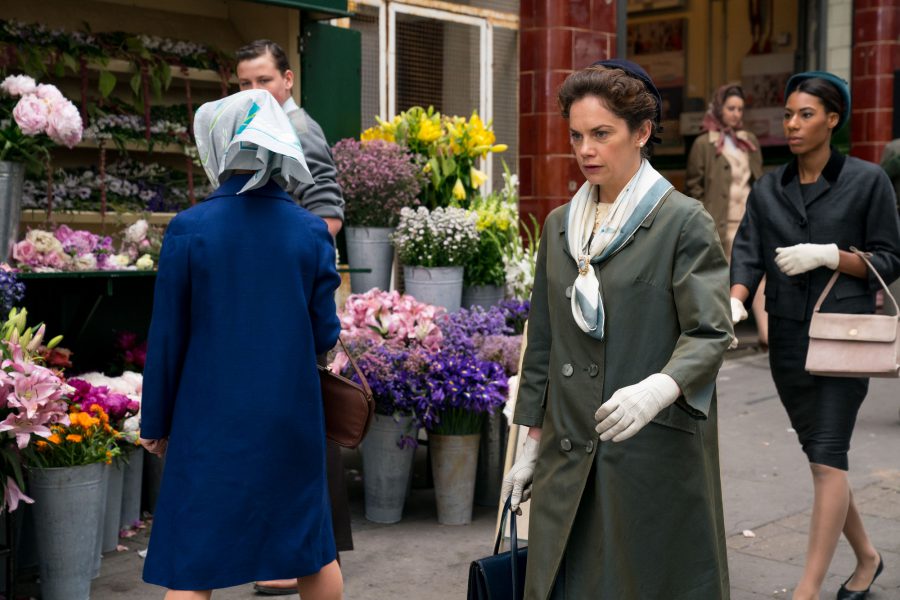 Opening in 1963, Wilson’s grandmother, Alison Wilson, is coping with the death of her husband Alexander, played by Iain Glen (Game of Thrones, Downton Abbey).  When an unexpected visitor claiming to be Alexander’s real wife Gladys, played by Elizabeth Rider (Doctor Foster, Informer) arrives, Alison becomes determined to uncover the truth about her mysterious husband.

The series flits between London in the 1940s, where the couple met working for the secret intelligence service during World War Two, and the capital in the 1960s. 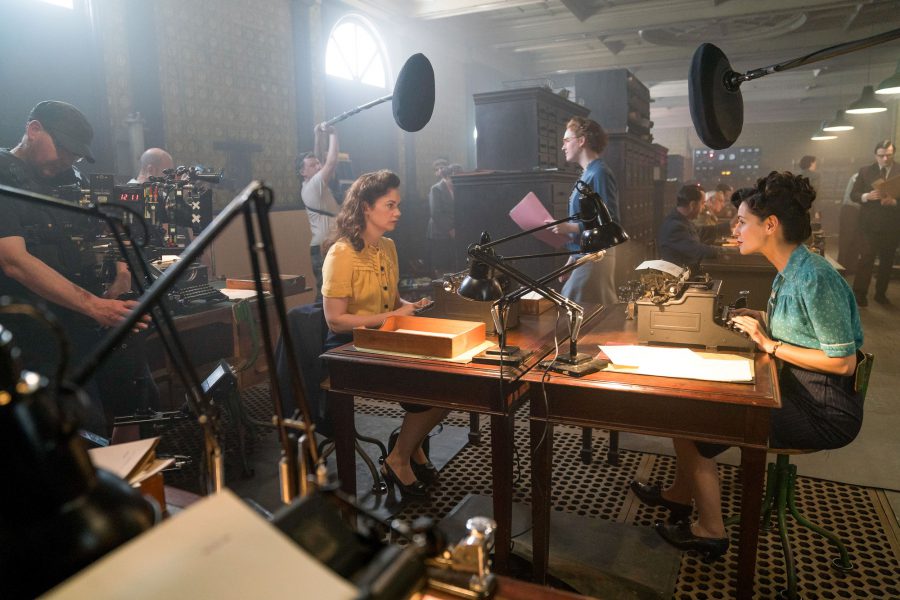 Although set in period London, much of the filming took place in Northern Ireland. The original Drama for BBC One, co-produced with Masterpiece shot between April and June 2018.

Richard Williams, CEO of Northern Ireland Screen, expressed recognition for “our successful partnership agreement with the BBC, which sees the continued investment in developing an internationally competitive screen industry here” adding that the production twas “another strong vote of confidence in our local TV industry and further cements Northern Ireland’s reputation as a world-class production location”. 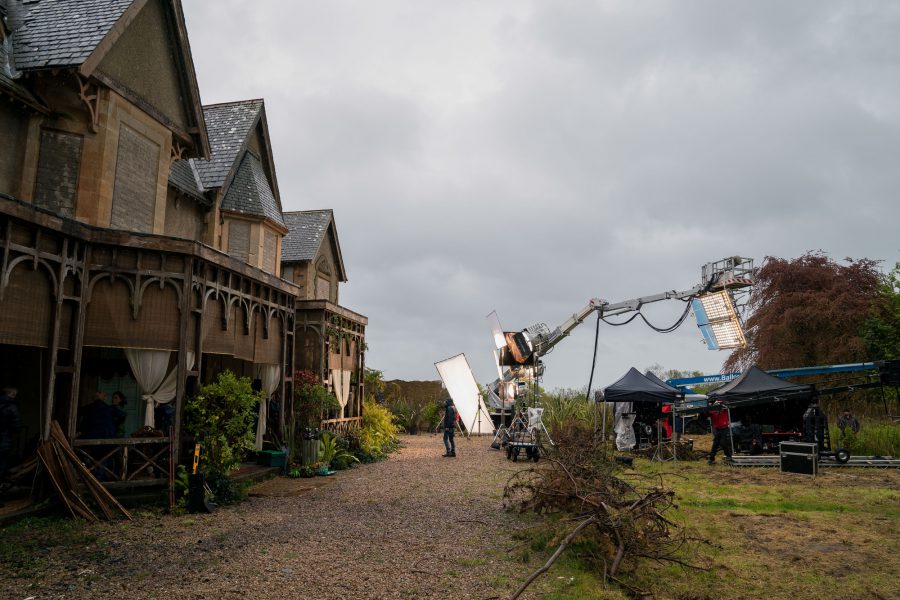 According to Northern Ireland Screen, Crumlin Road Gaol was a filming location for the series. The Gaol situated in north Belfast is the only Victorian prison remaining in Northern Ireland.

Castle Ward Estate in County Down is an eighteenth-century mansion with a mixture of architectural styles with filming history. The estate previously featured in Game of Thrones, one of the biggest shows to have filmed in Northern Ireland in recent years. The Castle’s historic farmyard was turned into the fictional capital of the north Winterfell as well as providing the setting for the Whispering Wood. 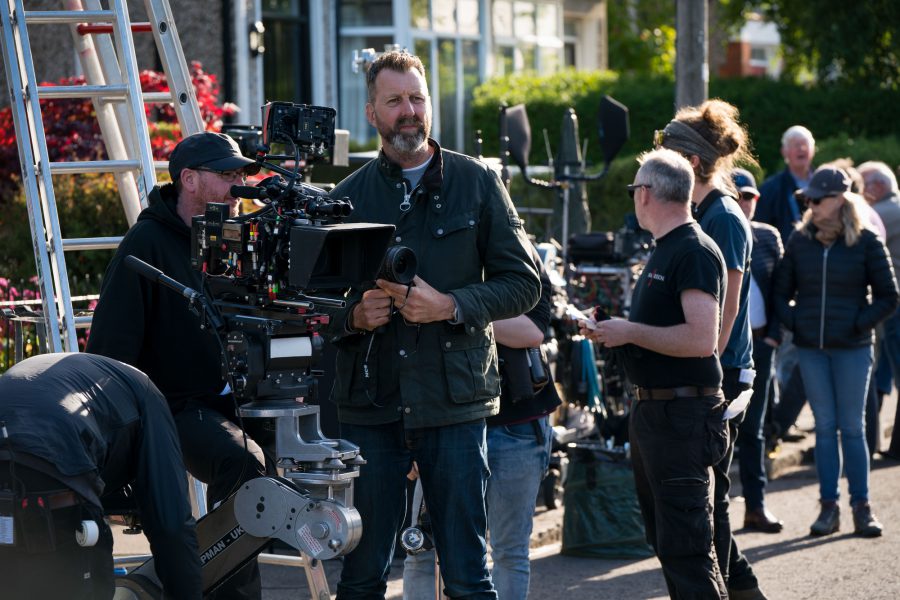 Elsewhere in Belfast, the Merchant Hotel served as The Authors’ Club in the series.  Ballywalter Park and the Gas Office Building also reportedly feature in the series.

Some scenes were filmed in London where the Old Royal Naval College in Greenwich and the Disused Aldwych tube station served as period locations. 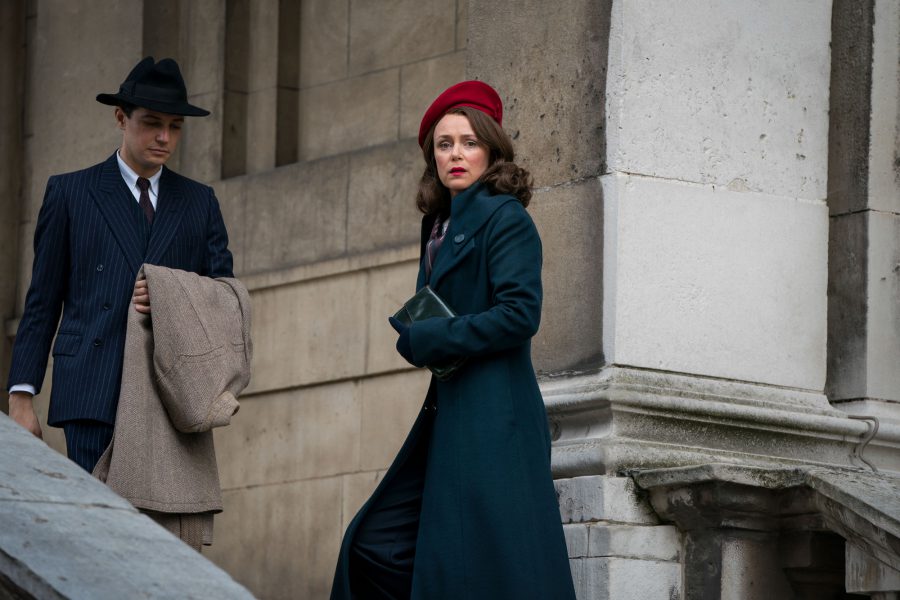 Productions based in Northern Ireland can also benefit from the UK High-End TV Tax Relief which provides a 25% tax rebate to TV films and series with a minimum core expenditure of over GBP1 million per broadcast hour.