Written by Shona Smith on Nov 30, 2018. Posted in Awards and Festivals

Join the live online broadcast of the straight 8 shootout where nobody, including the fifteen teams in competition have seen the results.

Fifteen teams over five continents made films on a single cartridge of super 8 film, editing only in camera with each pull of their camera’s trigger. Accompanying original soundtracks were made blind and submitted along with the unprocessed cartridges of film.

Tune into the live online broadcast of the films, for free, from Cinelab London on December 6th at 2pm GMT. 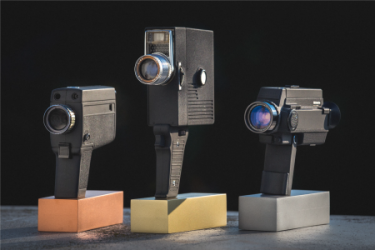 Adrian Bull, Managing Director of Cinelab London, partners to straight 8, comments “we process hundreds of films each year, from 70mm down to super 8, and from Mission Impossible to Phantom Thread, and yet still one of the most exciting projects we are involved with is straight 8. The sheer creativity that entrants manage to pack into each reel of super 8 film is amazing, and that’s why we support it”.

Ed Sayers, straight 8 founder, says “there’s something thrilling about shooting a film and then not being allowed to do a thing with it until its cinema screening. No polishing it to within an inch of its life. No being sick of the sight of it by the time it’s done. This is the ultimate digital detox: from camera to screen without software or Sellotape”.

All the teams are in the running to become Gold, Silver and Bronze winners on the day while voting for the audience award will happen live online. Join the Facebook event here.

Anyone, anywhere in the world is invited to watch, and it’s a great way to get your creative juices flowing for straight 8 2019 as just two days later, on December 8th, straight 8 2019 opens to entries. The twentieth edition? of the straight 8 will be open to anyone, anyone who wants a shot at being selected to premiere at Cannes Film Festival in May 2019.