Written by Shona Smith on Nov 27, 2018. Posted in Production News

UK to have a new GBP78 million TV and Film Studio

UK Independent Media Company, Rebellion are to turn former printing press in Oxfordshire into a high-tech TV and film studio costing a reported GBP78 million. The 220,000 sq. ft site will provide much needed facilities to the UK production sector bridled only by pressure on studio space. 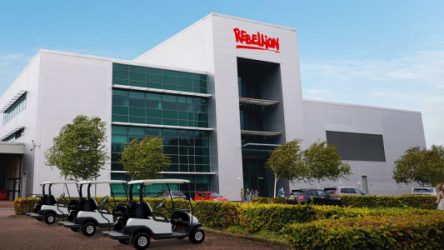 The former Daily Mail printing facility in Didcot, near Oxford UK is predisposed to becoming a studio as it already has soundproofing, lighting, heating and internet. Additional improvements are taking place, meaning the studio will be fully completed by early 2019 with several studios including a 25,000 sq. ft. sound stage.

Rebellion, the independent British video game and comic book producer opening the studio has both the Sniper Elite video game series and comic book label 2000AD titles under their banner. Jason Kingsley, CEO of Rebellion explains “this studio purchase is incredibly exciting, not just for Rebellion but for the global film and television industry that is booming but in desperate need of further infrastructure”.

The desire to produce titles based on Rebellion’s own IP, but the difficulty in securing studio space in the UK was a major factor in Rebellion’s acquisition of the studio space. As a recent report from the BFI highlights, due to the boom in UK production, pressure on studio space has significantly increased.

The new studio is set to start production on Rebellion’s own Mega City TV series and a Rogue Trooper film, by the end of 2019.

Kingsley noted that he was committed to producing these titles in the UK because “we know first-hand the creativity and talent here in the UK and this new studio will bring in projects from all over the world, offering opportunity and income to many people in the industry, as well as local companies and services. It also means there will be demand for more UK production and we can export more of our work globally”. 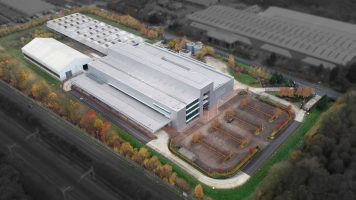 Kingsley anticipates that the studio will create over 500 jobs in coming years, adding that the studio will be open to hire by other production companies saying that “someone could come in here today and start shooting a movie. We’re proud to be investing in the UK film industry and want to share our success”.

The new studio will join Rebellion’s Audiomotion Studios also in Oxford. The studio is a leading European performance capture service provider having worked on productions including Miss Peregrine’s Home For Peculiar Children, Maleficent, and A Monster Calls.