Written by Shona Smith on Dec 6, 2018. Posted in Production News

Atlantic Crossing set to shoot in Czech Republic and Norway

Atlantic Crossing is set to begin filming this month in the Czech Republic. In February, the production will move to Norway. The eight-episode series produced by Norway’s Cinenord aims to be one of the biggest productions in Scandinavian history.

Set in World War Two, the Norwegian and English-language series is based on the story of Norwegian Crown Princess Martha who fled the Nazis, residing in the White House and subsequently became an influential figure in global politics. Sofia Helm, the Swedish actress famed for her role in The Bridge will star in the show, alongside Kyle MacLachlan who will play U.S. President Franklin D. Roosevelt.

The series is benefiting from the Norwegian 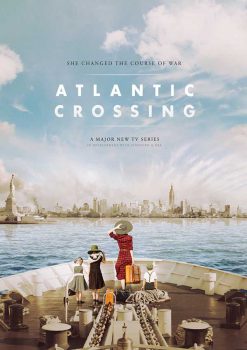 Film Institute’s incentive program, receiving NOK 5 million production grant from the Nordisk Film & TV Fond which is available to national and co-productions. The Norwegian Incentive Scheme grants up to 25% return on costs incurred in Norway. Minimum total production budgets are required to access funding, for drama series this sits at NOK10 million per episode. Recently, Norway took on a starring role in this summer’s blockbuster Mission Impossible VI, providing the backdrop for a tense action scene as well as filming for Netflix’s supernatural series The Innocents.

The Czech Republic offers a 20% cash rebate on qualifying Czech expenditure, which includes post production work and there is not cap on the grant provided per project. Recently, the BBC’s The Little Drummer Girl shot in the Czech Republic for scenes doubling seventies Germany and over the summer, The Diary, a Chinese romantic period drama directed by Jackie Chan shot on location in Prague and a number of smaller towns.